UK. London. 2011. Members of a role-play team after their act at a local community event at London, UK. The play was a fictional narration of the many problems that the present day young Muslims face [right] and how they could live a better life by following the examples of ancient Islamic leaders [left].

The Silence of Others

For many photographers who win a Flash Forward Award, the recognition comes their project is still in progress. Such is the case with Bharat Choudhary whose work was commended in 2012. He began photographing “The Silence of Others” while a student in photojournalism in Columbia, Missouri, and has spent the past decade revisiting, re-evaluating and adding to the series, effectively collecting additional evidence of the systemic racialization of the muslim-looking body in the Western Hemisphere and attempting to reveal how and why it came to be.

As a Hindu Indian, he became privy of the long-term trauma caused by racist violence when he was asked by the humanitarian organization CARE to counsel a group of young muslim boys who had been victims of anti-muslim riots in Gujarat in 2002 [which resulted in the deaths of 790 muslims and 254 hindus, according to official numbers, while other organizations estimate the number of fatalities to be much higher]. Moved by their account, he considered writing an article, but felt he didn’t have enough expertise, enough clout. When he picked up photography in the United States, he was convinced he would go back and work on the topic of racism in his homeland. But what he saw and experienced as a brown person in America –two young Caucasian men once chanted “Osama, Osama” whilst driving past him because of his skin colour and the beard he was sporting at the time– compelled him to interrogate the representation of Muslims in Western democracies, first in the Midwest, then in the United Kingdom and France, and now in the Bay Area.

Flash Forward Flash Back caught up with him briefly in September, to discuss how his understanding and project have evolved since 2008.

LBR. How were members of the Muslim community portrayed in the media when you started this work?

BC. Muslims appeared in the media in two instances: alongside stories about terrorism or when they were observing religious holidays. Rarely did I see the ‘everyday Muslim’. Not every Muslim man wears a skull cap or has a beard. Not every Muslim woman wears the niqab or the hijab.

LBR.How did you set out to do a project that would go beyond these tropes?

BC. Initially, I felt that I should focus on Muslims who were not as ‘conservative’ as those we generally saw in the media. In other words, those who were less observant of the religious codes or who did not look like the ‘stereotypical Muslim’. I worked with artists and those in liberal professions. While this approach had some merit, it was also deeply flawed: it reinforced the idea that those who grow a beard or cover their heads are radicals or extremists. So I widened the scope of my project to be more inclusive and truthful.

Today, we’re seeing more images of the daily lives of members of the Muslim community thanks to initiatives like the Instagram account @everydayamericanmuslim. Still, there’s too little work about islamophobia, its politics, and how Muslim bodies are being surveilled. 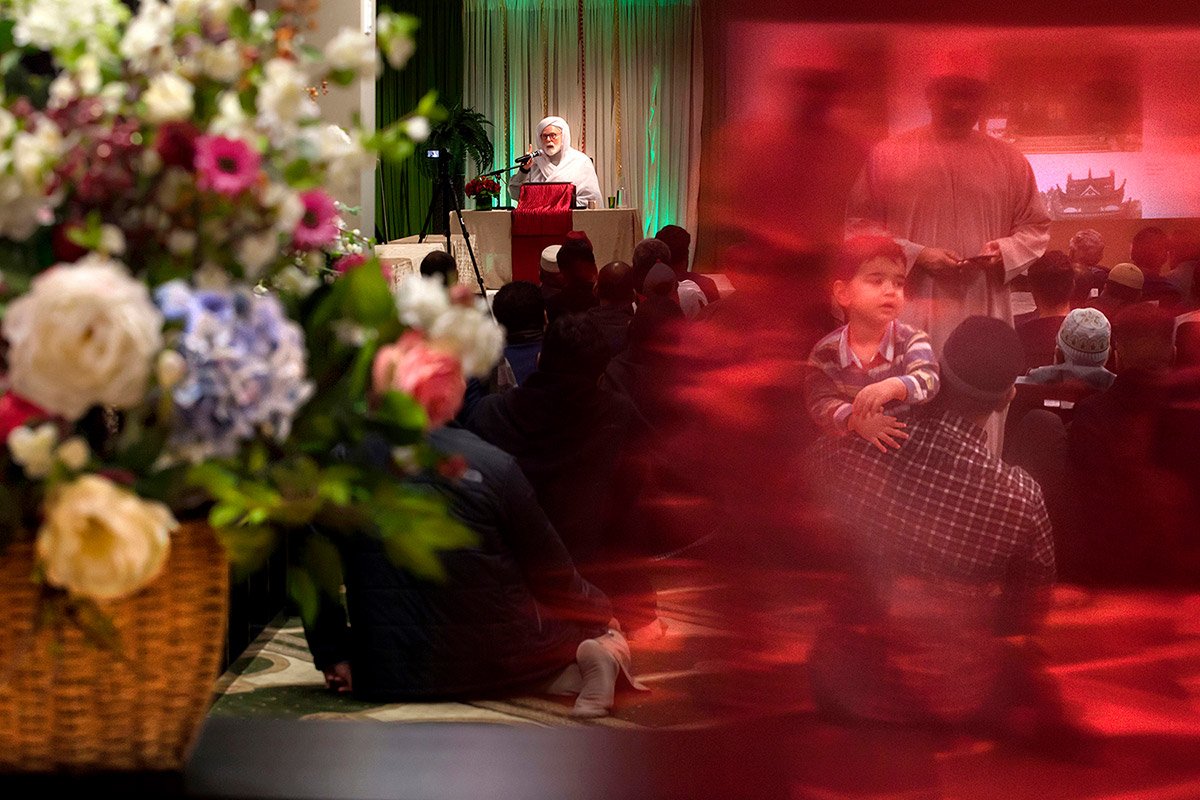 USA. Pleasanton, California. 2018. Dr. Umar Faruq Abd-Allah (center), 70, a world renowned Islamic scholar, speaks at an event at the MCC Mosque. Earlier this year, a report was published which revealed how, for more than a decade, several agencies and police departments have been unlawfully spying on Mosques and Islamic scholars in the USA. Security agencies have been implanting informants, known as Mosque crawlers, to spy on Mosque-goers and secretly record all talks and activities taking place inside a Mosque. This photograph taken with a partially obscured long-focus lens imitates the unethical and often illegal practice of surveillance photography in and around Mosques. 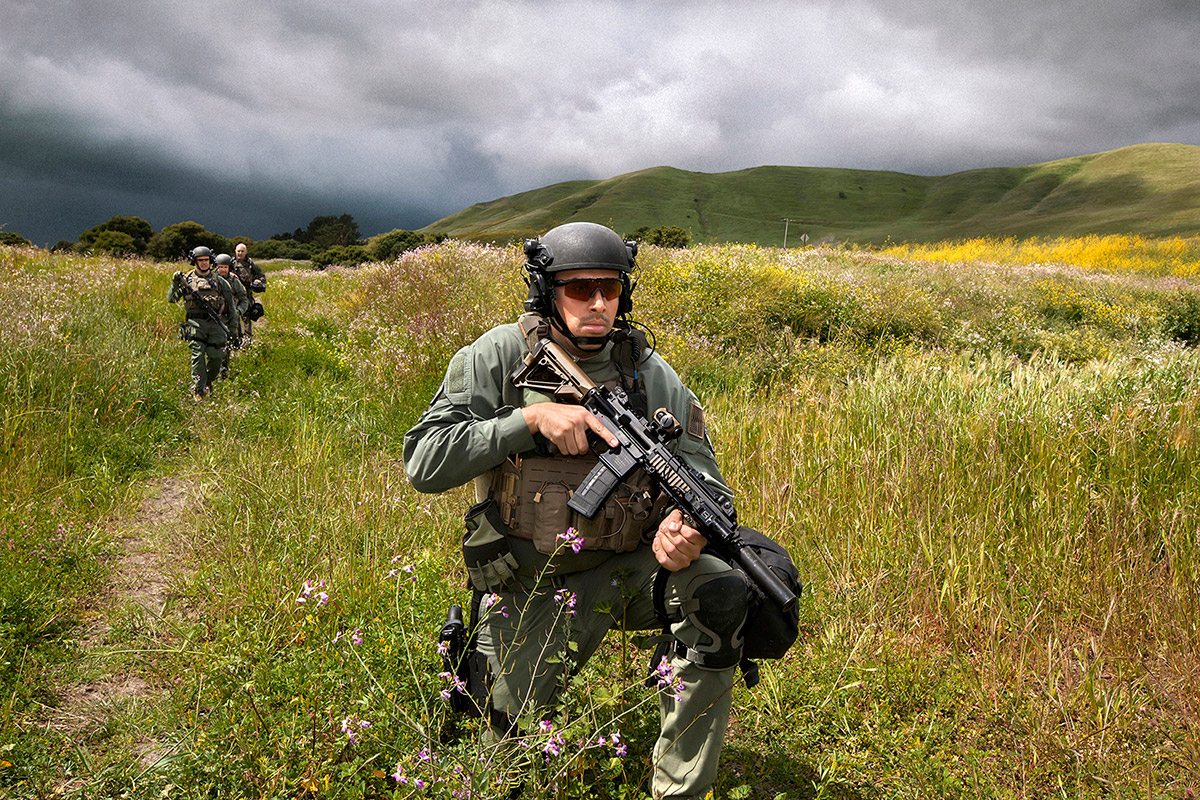 USA. Napa, California. 2018. Corporal Omar Salem (foreground), 32, leads a SWAT training scenario exercise with other officers from the Napa police department. Cpl. Salem, who joined the Napa PD in 2007, has been recognized by his peers and the public for his contributions to not only the department but the community as well. A practicing Muslim, Cpl. Salem said, "People often stereotype Muslims and portray us as militants. But Islam has taught me to be a positive, helpful and giving human being. And it was my religion that inspired me to become a police officer and serve my community."

USA. Hayward, California. 2018. Wasim Shefa, 30, at the parking lot outside Abu Bakr Al-Siddiq Mosque. Several reports have revealed that intelligence and surveillance agencies in the USA are continuing to engage in the unlawful policy and practice of religious profiling and surveillance, especially of young Muslims who practice and follow their religion faithfully.

LBR. What did the realization that only one side of the story was being covered inspired you to do?

BC. I’ve started working in the San Francisco Bay Area in a bid to understand how the War on Terror is shaping our understanding of what a Muslim is, as well as what socio-political and legal environment it has been creating, specifically in regards to the suspension of civil rights of Muslim people. For instance, by placing FBI informants in mosques or through the electronic surveillance performed by NSA, the government is encroaching upon their constitutional right for social and political dissent, and their right to freely exercise their religion.

For this part of the project, I’m hoping to work with individuals who are on the terror watch list and hear how it has impacted their lives. I am also working with lawyers and activists who are fighting the government on behalf of the community, and with individuals who were threatened by the security agencies to work as informants and gather intelligence on their communities. Essentially, members of the community that can help me reveal a different side of the US political and legal system.

LBR. How do you render a systemic issue, like these covert violation of the civil rights of Muslims, visible?

BC. I still don’t have an answer to that. Photographs are not enough. How do you show systemic racism in a photograph? I don’t think I fully can. The work that comes closest to such an idea, in my opinion, is “Dorchester Days” by Eugene Richards. If you look at the whole body of work, you get a good sense of the connections he’s making between racism, poverty, social exclusion, marginalisation, gentrification, etc. 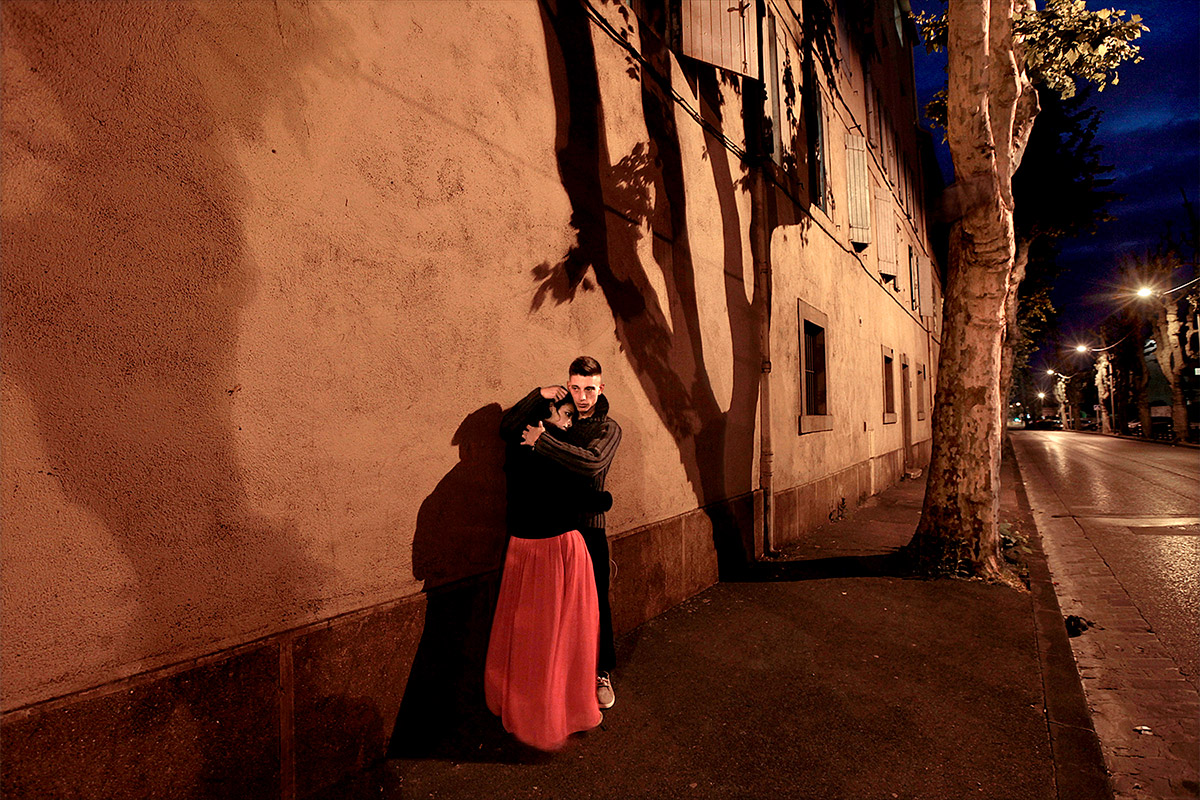 France. Marseille. 2014. A young couple embraces before retiring to their separate rooms in a shelter for homeless young men and women. 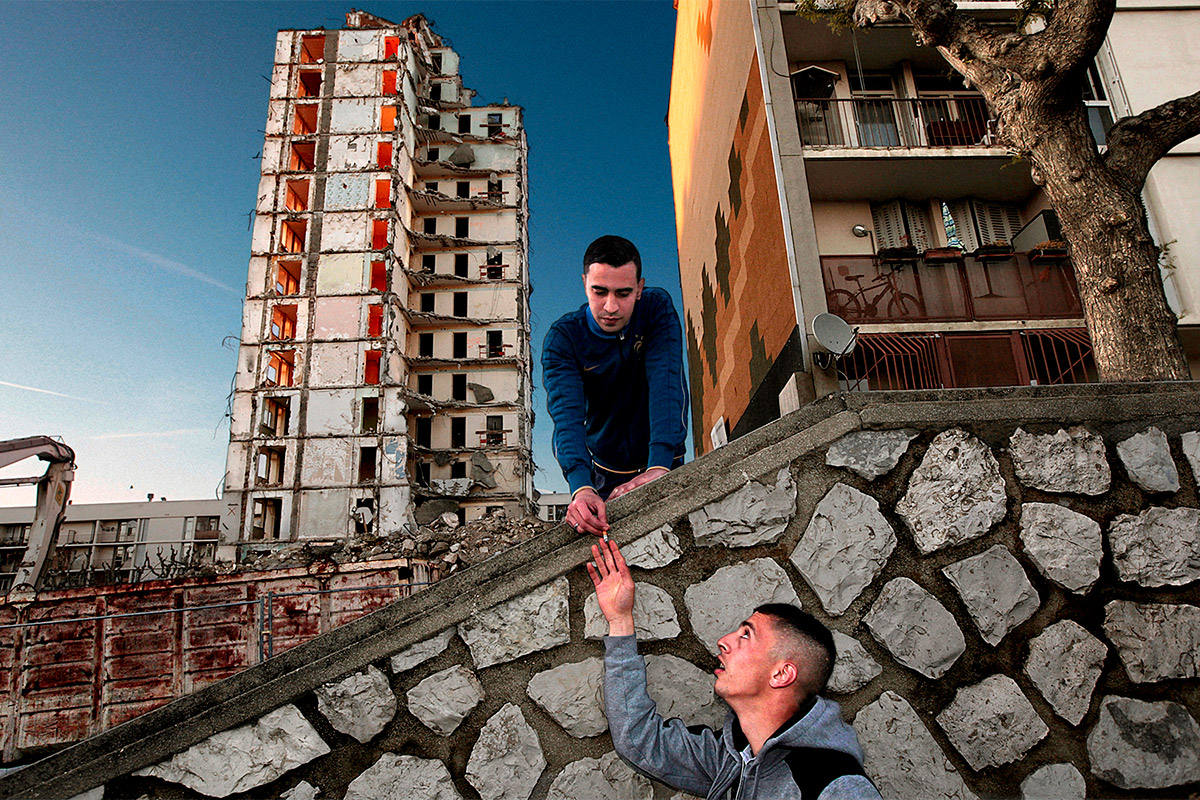 LBR. Given how much research you’ve done on this topic since you started, what are your thoughts about your early work?

BC. I’m grateful that my initial naiveté lead me to a much more relevant and complex body of work.

I initially placed a lot of importance on the aesthetics. Partly because, that is what is prized in our industry. We celebrate the likes of James Nachtwey and Sebastiao Salgado for their beautifully composed images, for their attention to light. I felt a pressure to strive to meet those standards. But, over the years, looking at other genres of photography, I realized that aesthetic taste is highly subjective. This helped me prioritize what I want to say through my work, as opposed to how it looks.

LBR. You’re being very transparent about your mistakes, and your process, why is that important to you?

BC. The last thing I want to do is to pretend to be an expert. Because I’m not one, I want the audience to be compelled to look more into the subjects. If I’m open about my flaws and my weaknesses, they’ll know that there are gaps in my work. The hope is that they’ll do their own research to fill them. My flaws and weaknesses define my work as much as my strengths. 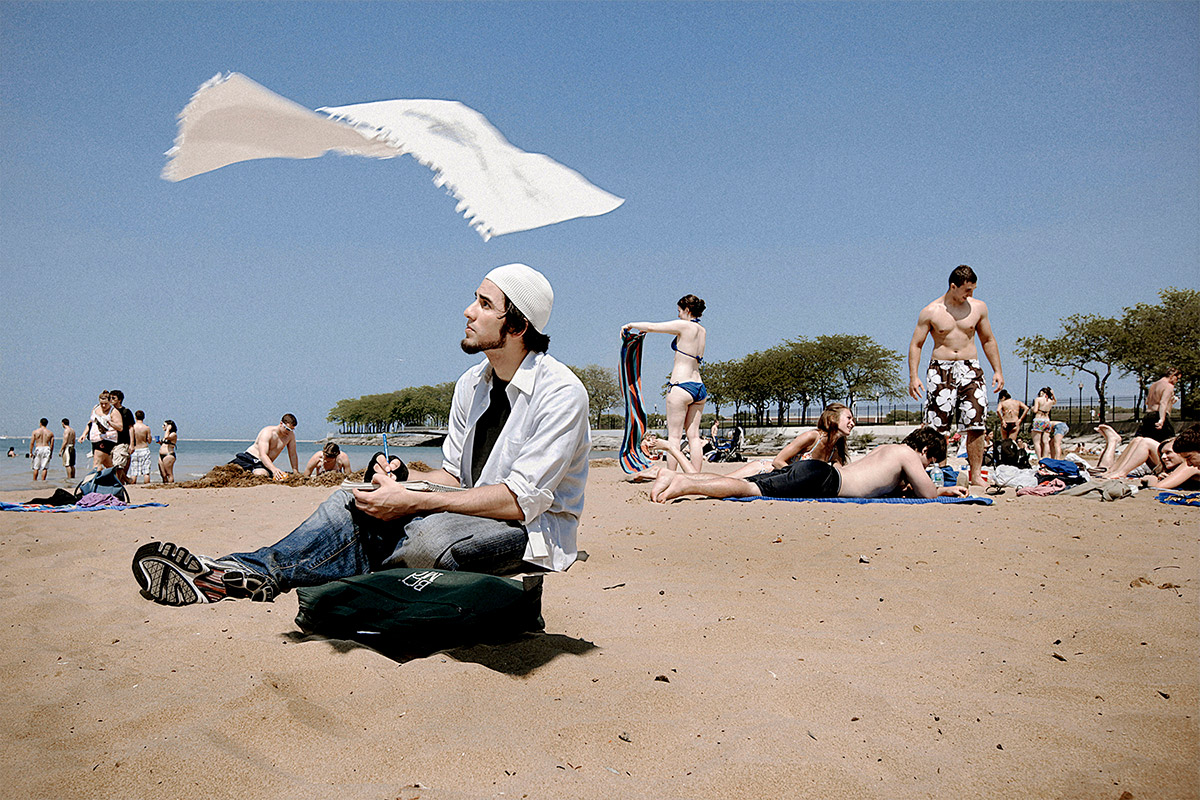 USA. Chicago, Illinois. 2010. Kaiser Aslam sketches the Chicago city skyline at the Ohio Street beach, as his art sheets fly around. Kaiser said, “It's not easy. There are a lot of temptations in this society but it’s my faith in Allah, and his blessings that shield me from all wrongdoings”. 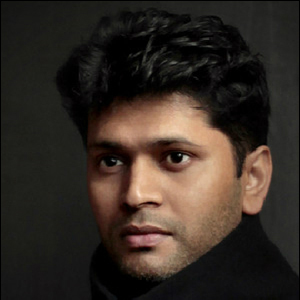 Born Saharanpur, India, Bharat Choudhary studied at the Indian Institute of Forest Management, Sri Aurobindo Centre for Arts & Communication and the University of Missouri. Aside from Flash Forward, he has been awarded with an Alexia Foundation Grant, a Ford Foundation International Fellowship and a Getty Images Grant.