“What I question in my thesis is the collapse of fiction versus non-fiction narratives through the reconstruction or re-staging of specific places in relation to cultural signifiers. How does the cinema effect relate to globalization in creating a sense of place/displacement? And at what point does a location, backdrop or set supersede the function of illusion to the real?”

I first encountered the work of Kotama Bouabane in the Magenta Foundation’s publication Flash Forward in 2012. The works featured in the publication were two images entitled “Sexy Pisa” and “Princess” from the series Follow Suit. What drew my attention to the work was the blurred line that Bouabane draws between reality and fiction through the use of fakery and replication in architecture. In the image “Sexy Pisa” a women poses in front of what seems to be the Leaning Tower of Pisa. However, upon closer examination, ones notices the trick within the scene: the woman is actually posing in front of a miniature version of the famous tilted campanile at the World Park in Beijing, China. In other words, while the representation of a real scene, the image speaks about hoaxes. Much like World Fairs and the Great Exhibition of 1851, the Chinese attraction park brings together models of international architectural feats for visitors of all walks of life to experience. This sparks a reaction: why see the world when you can see it in its entirety at the World Park in Beijing?

The trend of fakery and replication has expanded beyond the World Park and into architectural planning of cities in various provinces throughout China. One example would be Guangdong’s duplication of the city of Hallstatt in Austria. Copying of architectural form isn’t something new,, but this case is different in both the scale and detail. Hallstatt in China is an exact replica, a mirror image.

I am fascinated by this desire to replicate, copy, and transform which is highlighted in Boubane’s series Follow Suit. My work and the series Tong Yan Gaai (Chinatown in Cantonese), featured in the 2018 edition of Flash Forward, continues to explore the theme of architectural fakery as manifested in the Chinatowns throughout the world.

Chinatowns originated during the California Gold Rush in the mid 1800’s when Chinese migrant workers traveled overseas to find employment. Due to discrimination, these newcomers were often isolated from the rest of the working force and forced to inhabit harsh living conditions. In any given city, the “Chinese” area was given the name “Chinese Quarters” and later became known as Chinatown. This designation was given, rather than selected  by its inhabitants, implying the notion of a projected identity. Chinatown as we know it today is a projection of what is perceived to be a “Chinese” space. 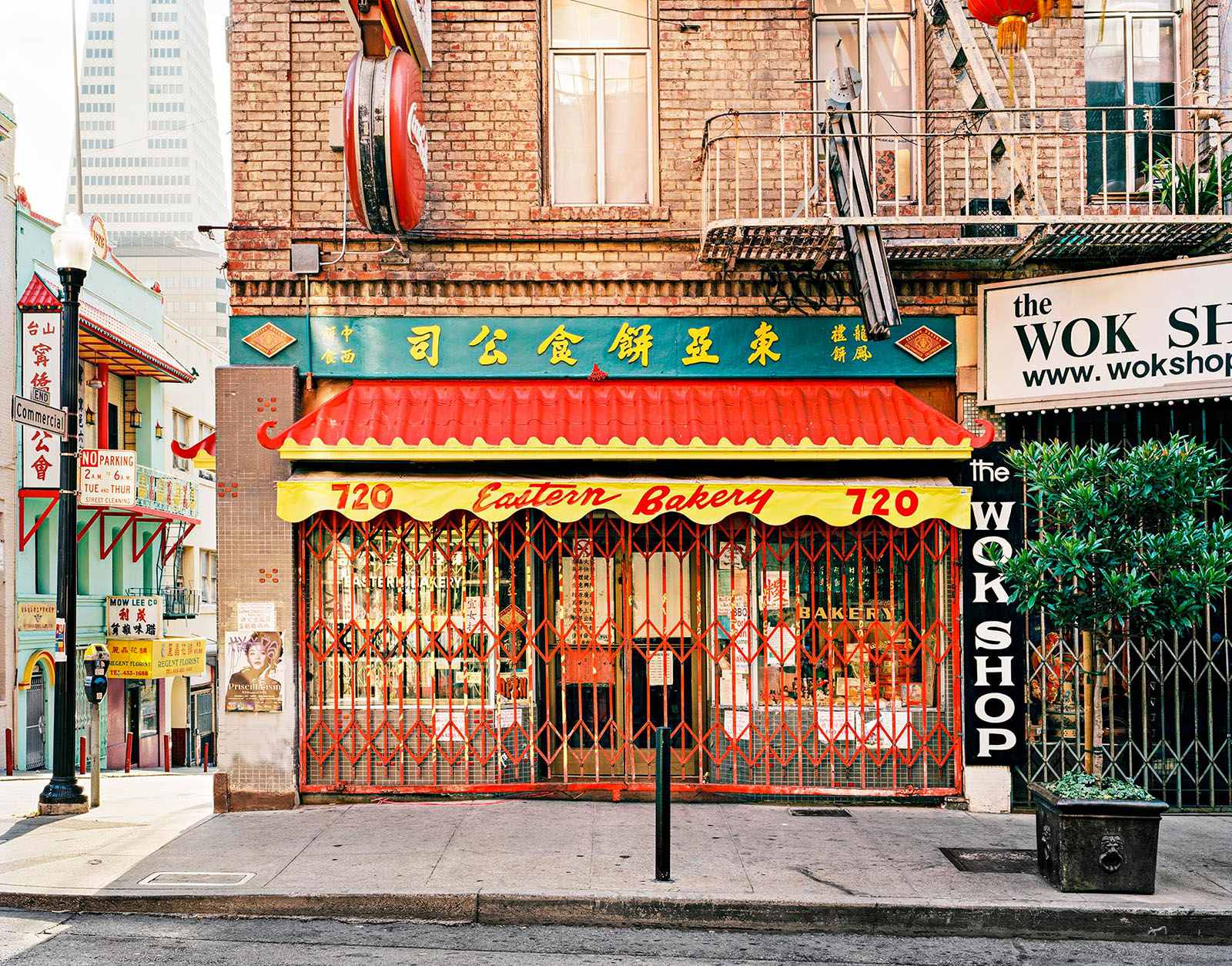 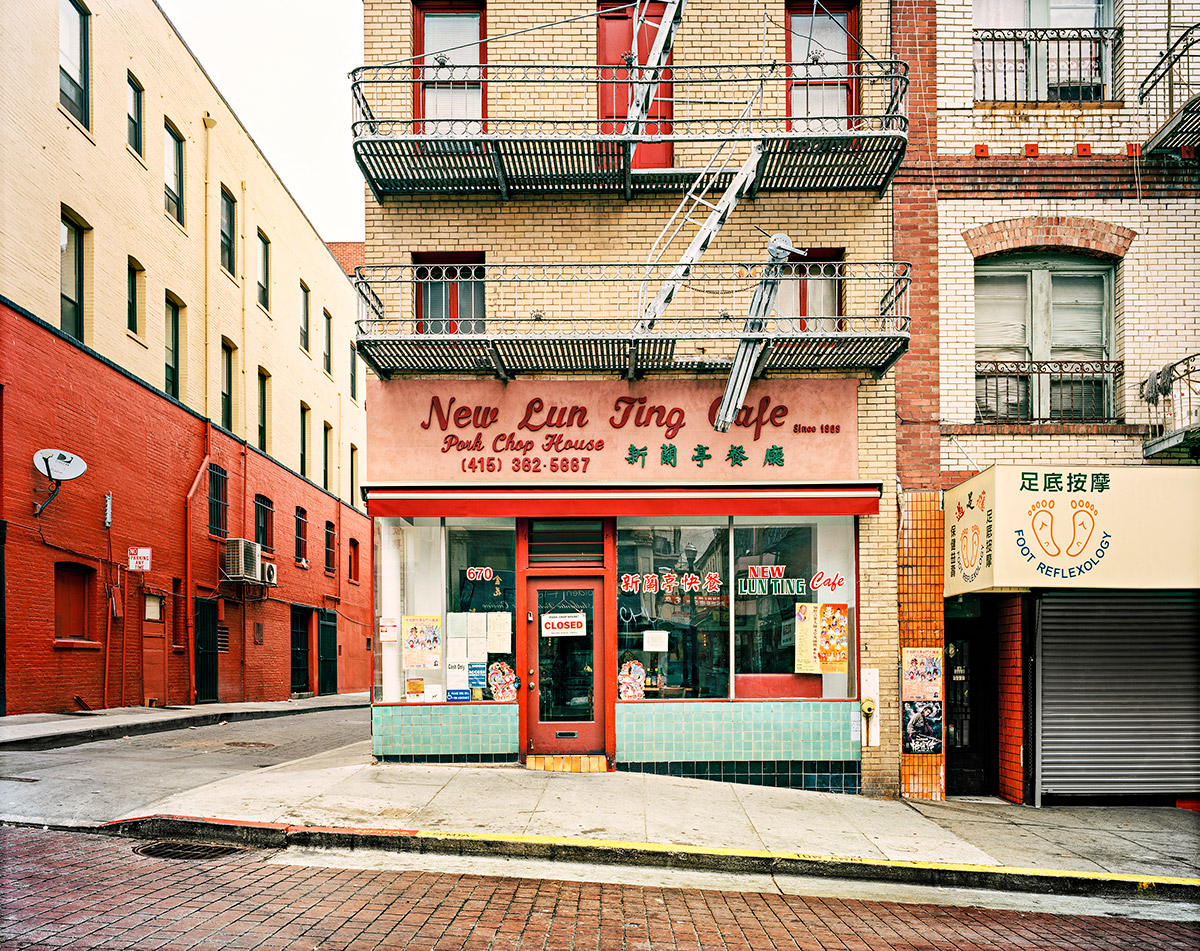 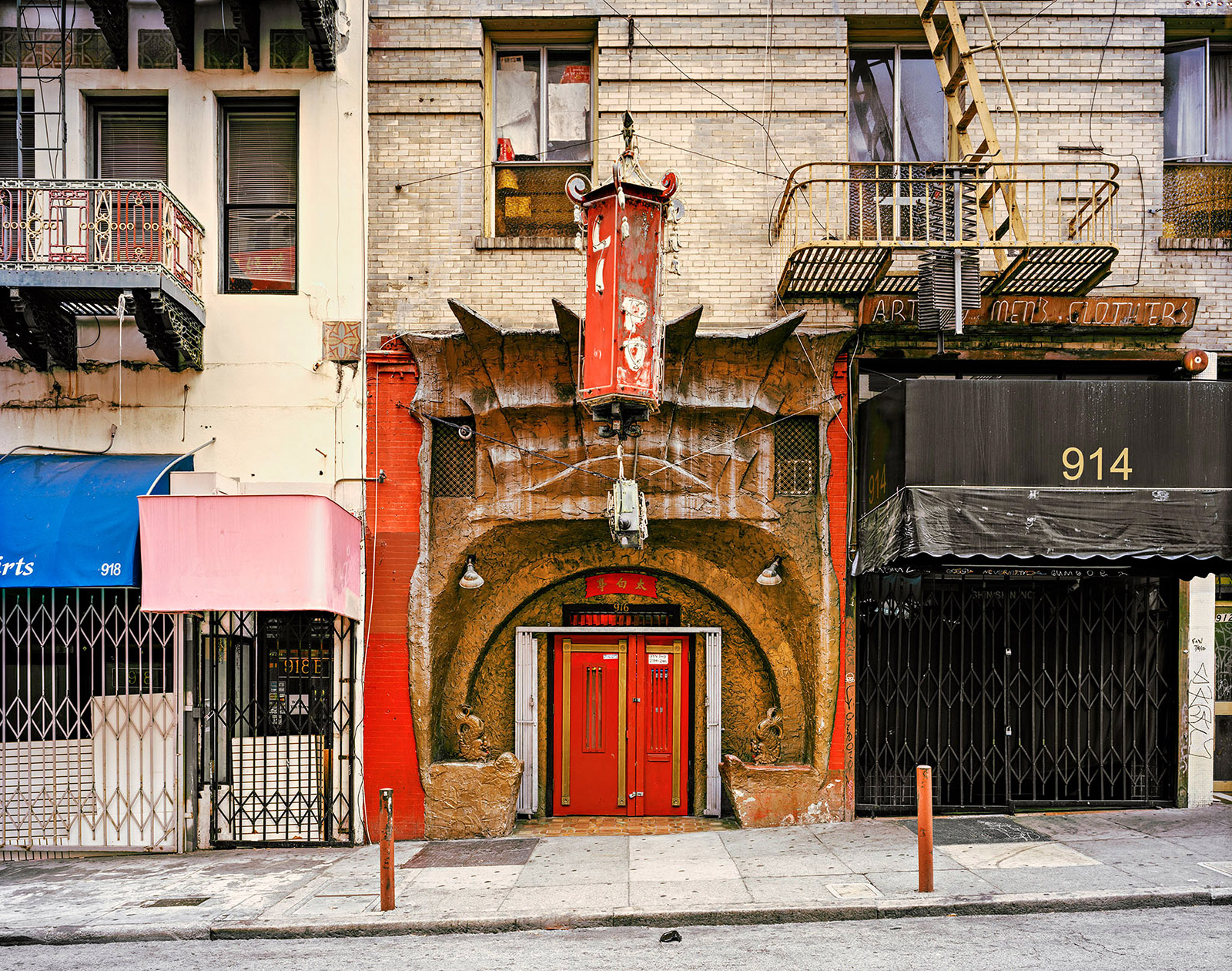 In which instance can a photograph be deemed "real" if the scene it depict is fake?

Case in point: when San Francisco’s earthquake and subsequent fires occurred in 1906, Chinatown was destroyed and the Chinese community had to rebuild. Much of the original facades were not considered “oriental” and thus blended into the rest of downtown San Francisco. After the disasters,  the neighbourhood was rebuilt not as it once was but, as an idealistic model of Chinese architecture. San Francisco’s Chinatown, through its Orientalized facades and architecture was now legitimized as a space of “Chinese-ness”. In other words, if you want to get your fix of the Chinese culture you need not travel across the Pacific; you only have to go a few city blocks.  Though, Chinatown is also filled with complexities and intricacies of history of the Chinese community in North America, the idea of replication and fakery echoes the way we think about space, place, culture, history and belonging. 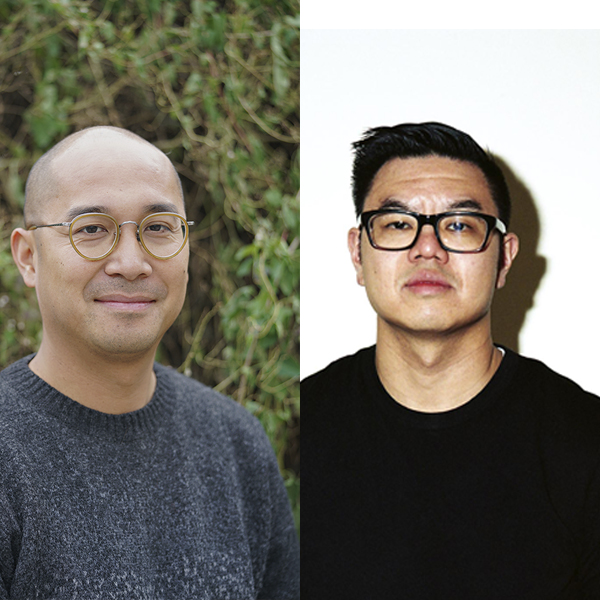 Kotama Bouabane’s photo-based art practice explores how images are presented and circulated and how this influences our perception of identity and location. While his research begins with personal experiences, he seeks to reference the history and theory of photographic conventions both traditionally and contemporary. Truth and fiction are inherent within the nature of the photographic medium and his work aims to blur the line between the two.

Morris Lum is a Trinidadian born photographer/artist whose work explores the hybrid nature of the Chinese-Canadian community through photography, form and documentary practices. His work also examines the ways in which the Chinese history is represented in the media and archival material. Morris’ work has been exhibited and screened across Canada, the United States. He is currently working on a cross North America project that looks specifically at the transformation of the Chinatown.