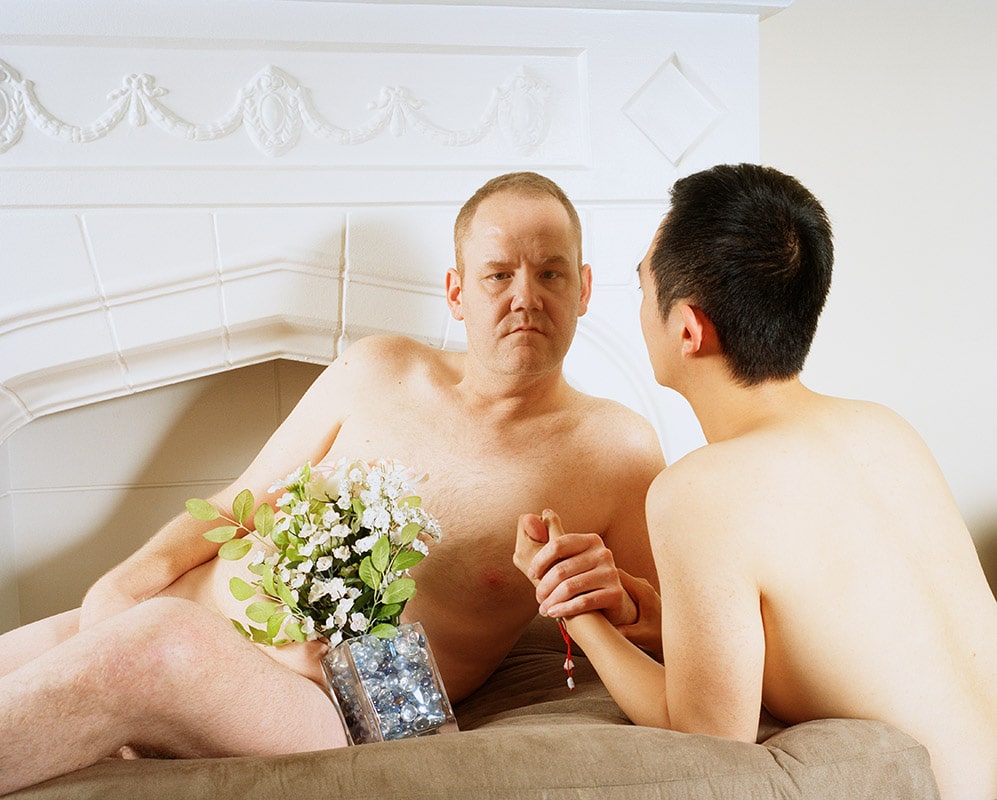 Arm Wrestling, from the series One Land To Another

One Land To Another

I was born and raised in a conservative family in Beijing. It was not until my arrival to the the United States in the spring of 2014 that I could finally have the courage to reveal this secret.

The suppression of my identity and the viewing of American films planted the ‘American Dream’ in my head during my teenage years. However, I have now come to realize that this perception was not entirely accurate. Due to the history of anti-Chinese sentiments, problematic stereotypes of Asians and the dominance of white, macho gay, I became an “undesirable alien” in this “land of freedom.”

In the “One Land To Another”, I present my personal journey in the US in a half documentary/half fiction narrative. Using self-portraits of my staged death, American landscapes, and performative portraits with other men, I examine the stereotyping and discrimination in the white-dominated gay world, the worship of masculinity, and overall, homophobia itself. 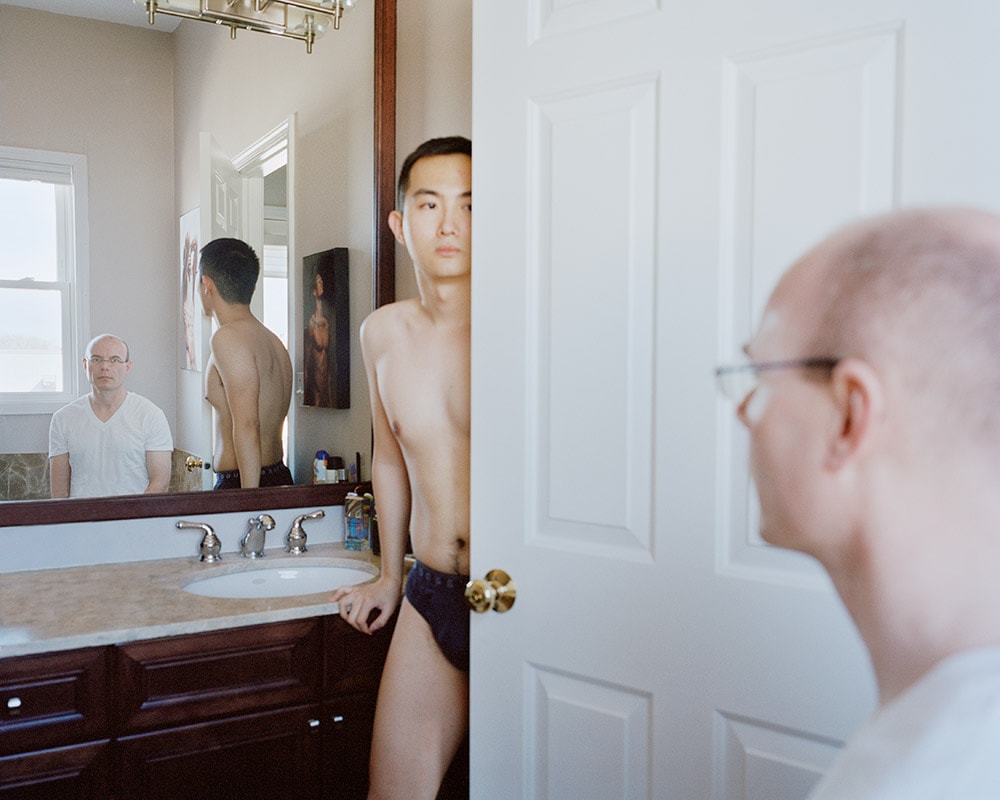 The Ideal Body, from the series One Land To Another 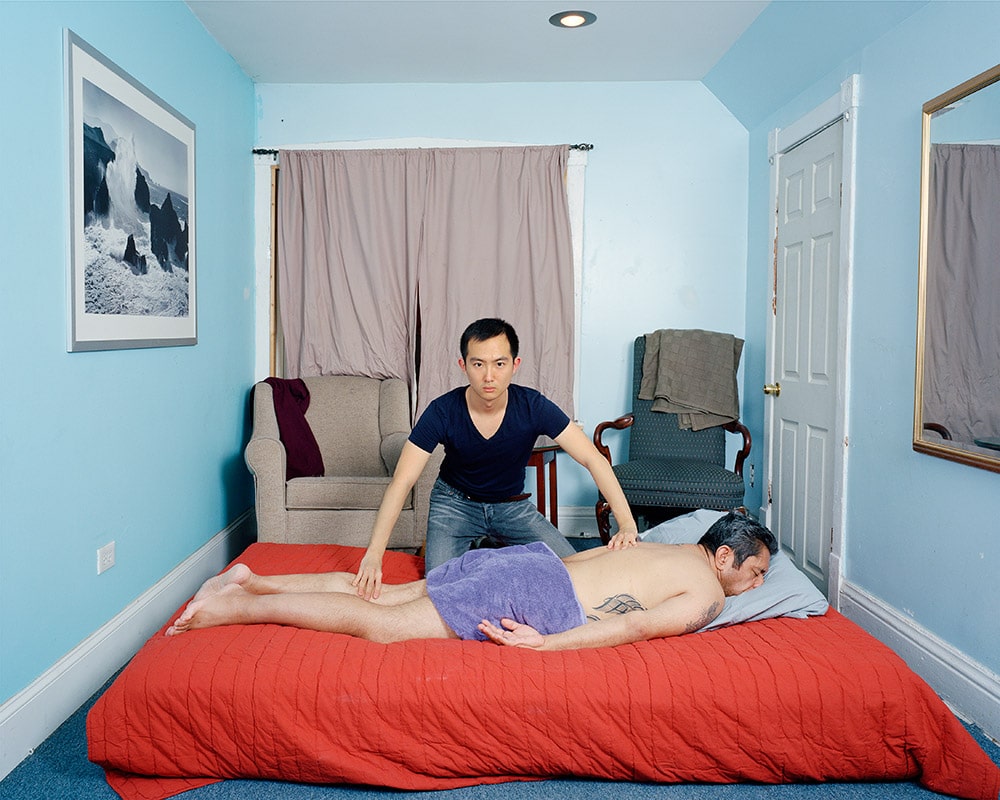 Blind Massage, from the series One Land To Another 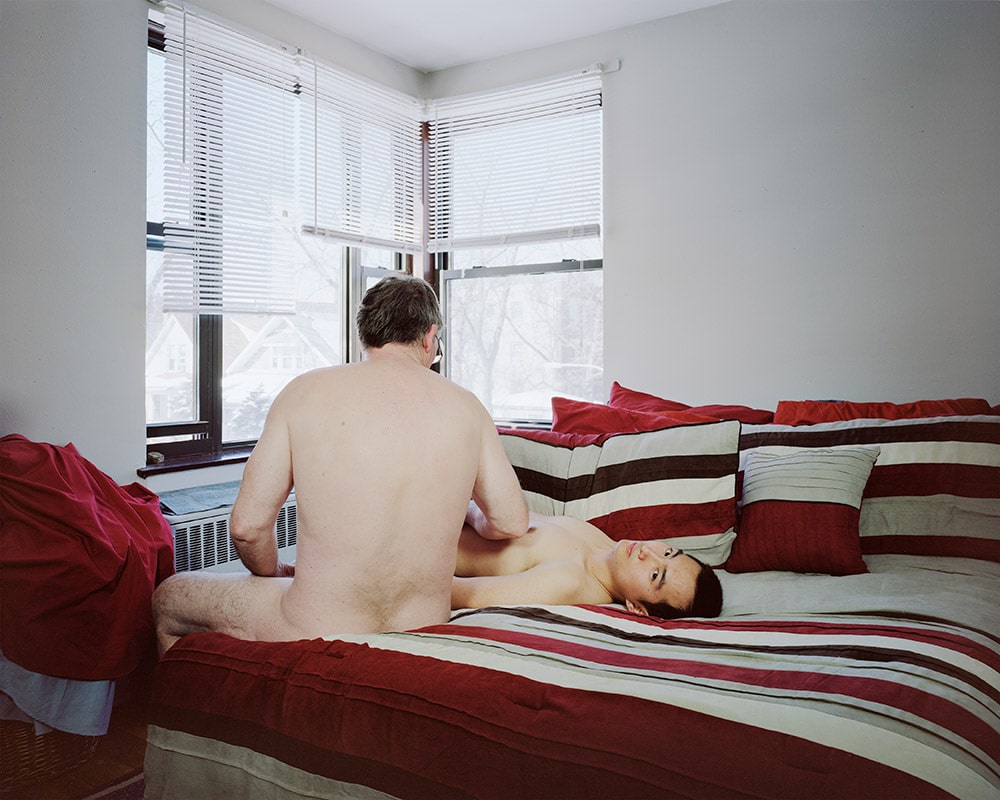 A Good Asian Boy, from the series One Land To Another

How can photographers avoid creating monolith out of a community made of diverse experiences?

Guanyu Xu, born in Beijing in 1993, has a BFA degree from the School of the Art Institute of Chicago and is currently based in Chicago. He was the recipient of the Fred Endsley Memorial Fellowship, and a finalist of the Lucie Foundation Emerging Artist Scholarship and the Luminarts Cultural Foundation Visual Arts Fellowship.

His works have been exhibited internationally in venues that include the Aperture Foundation, New York; the Center for Fine Art Photography, Fort Collins; New York Photo Festival, New York; The Union League Club of Chicago, Chicago; Orange County Center for Contemporary Art, Santa Ana; and the Embassy Tea Gallery, London, among others. His works have also been featured in such international publications as Aint-Bad Magazine, Der Greif, and China Photographic Publishing House.