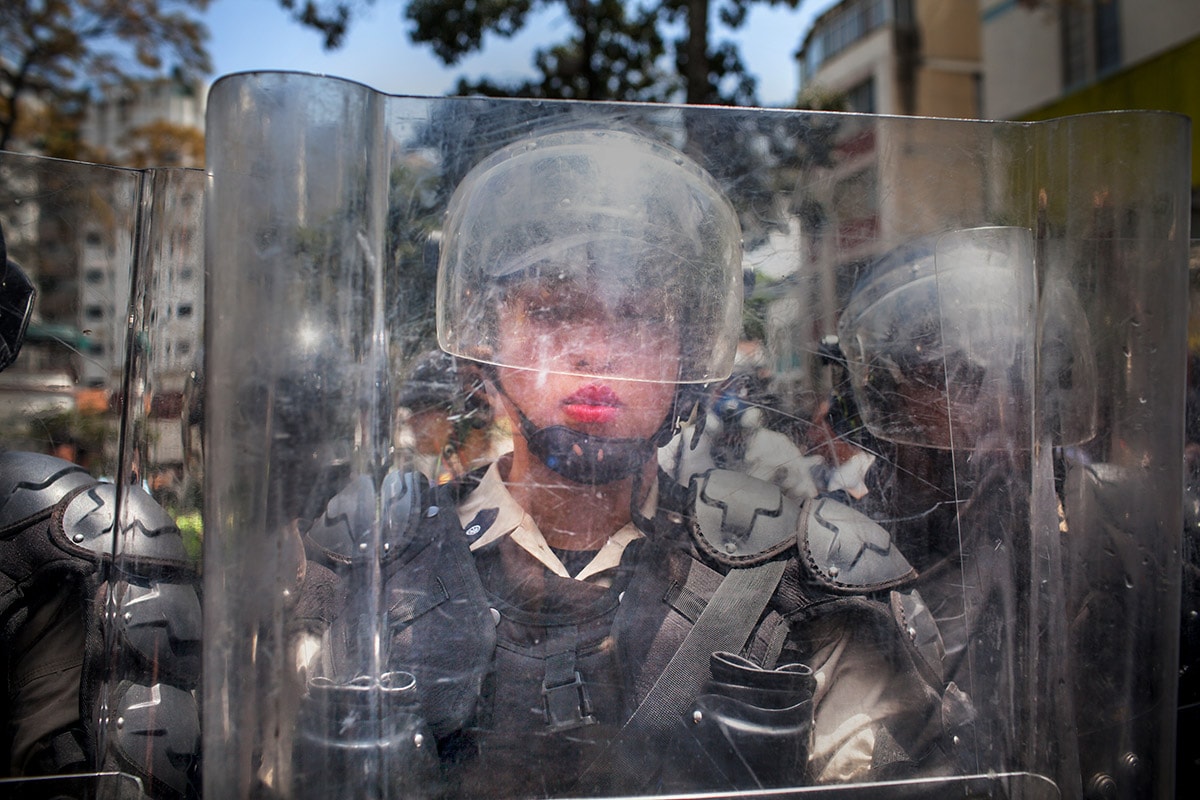 March 6th, 2014. Caracas, Venezuela. A National Police officer behind a riot shield is pushed backwards by a crush of demonstrators during the March of the Empty Pots, which coincided with International Women’s Day.

Make Me A Little Miracle

In Venezuela water is rationed. Staple foods are rationed. Electricity comes in fits and starts and the streets vibrate with insecurity and fear. The government stopped collecting such statistics, but independent observers say it has among highest peace-time murder rates in the world. Corruption permeates everything. Food riots broke out this summer as the shortages and lines became untenable. Violent antigovernment demonstrations are common. Medical shortages have left the hospitals haunted, helpless structures for the nations’s sick. Due to the crime, the streets at night are ghostly and vacant. Among the upper and middle classes, every day another friend or family member emigrates, often after another kidnapping or armed robbery. For those without means to escape, they go home earlier, mourn more often, replace what has been stolen when they can, and spend hours and days in line for for food, transportation, and medicine.

In times of protests or conflicts, whose stories are generally told and whose aren't? And which terms usually frame the narrative? How can we break away from these?

Amid the chaos, the country’s women are on the front lines of all aspects of the struggle. Female riot police confront female protesters at the demonstrations. It is women, old ladies, young mothers with babies in arms, who are primarily waiting in Venezuela’s famous lines for food to feed their families. This chapter of my ongoing work in Venezuela is focused on the roll of women in the crisis, emphasizing depth, humanity and resilience in a story far too often told in terms of violence and economic statistics. 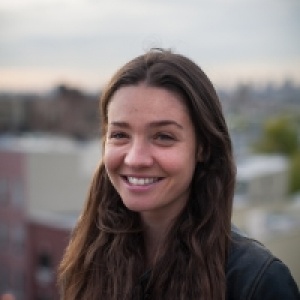 Natalie Keyssar is a documentary photographer based in Brooklyn, New York. After receiving a BFA in Painting from the Pratt Institute in 2009, she pursued photojournalism, which fused her love for visual storytelling with her deep interest in youth culture, and political movements.

Much of her personal work has focused on the themes of class inequality, and the personal effects of political turmoil. She has explored topics from Caribbean gangs in Brooklyn, to occupied life in Western Sahara, from White Supremacist militias on the US Border with Mexico, to the Black Lives Matter Movement. From infant mortality in Burma to Hip Hop in Eastern DRC. She is currently working on a long term project about daily life in Venezuela after the death of Hugo Chavez.