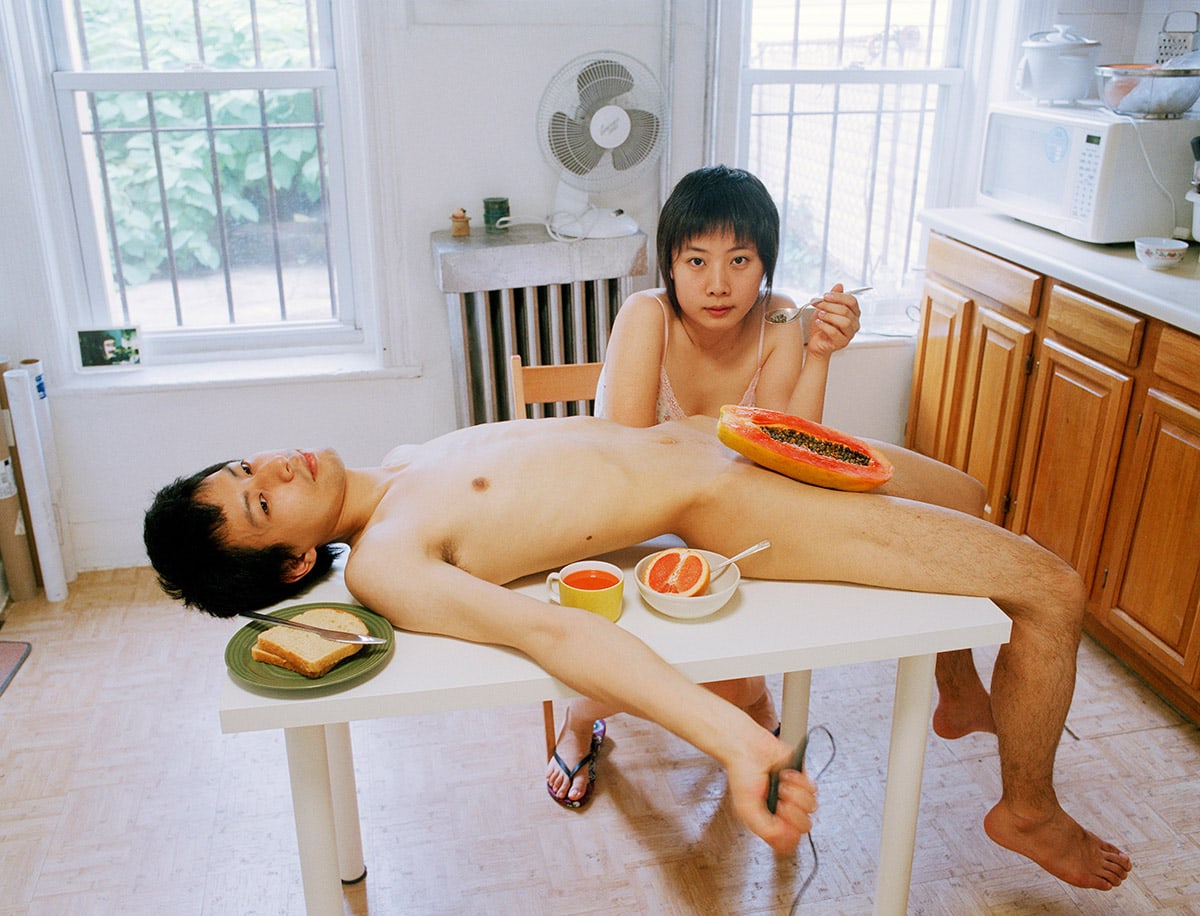 Start your day with a good breakfast. From the series Experimental Relationship.

“What would happen if a man and a woman exchanged their gender and power roles?” Chinese born, American artist Pixy Liao asks. This question echoes in each staged confrontational portrait of her and her partner that makes up her series "Experimental Relationship."

Through self-portraiture Liao deconstructs the performativity of gender. While her sensitive use of light, colour, and quirky body compositions, make the images enticing and intriguing, she uses the attention we give them to subvert and blur the expectations of heteronormative relationship.

In the photograph How to Build a Relationship with Layered Meanings, three mattresses are stripped and stacked just like the two naked figures planked on top of them. their hands clasped around the shutter release cable to capture their portrait in unison. Although Liao sinks into the bed underneath the weight of her partner, with knowing eyes and feet flexed, she seems to be the one in control. In this portrait as in many others, Liao asserts a strong female dominance over her boyfriend who is often pictured as the object of her desire.

By taking on the roles of both photographer and subject, Liao addresses notions of self-representation and the malleability of authorship. Her partner sometimes holds the cable release and collaborates in the act of photographing. Across her art practice, which includes photography, video, sculpture, performance, book making and music, Liao explores similar themes of gender, authority and power dynamics. In 2011, after winning Flash Forward Liao received En Foco’s New Works Award. This led to the production of a new and related series titled For Your Eyes Only. This more recent work takes a (quite literal) macro zoom on the physical intimacy of her relationship. Again, Liao’s photographs cast an unabashed sensuous humour and androgyny on the body.

Experimental Relationship is ultimately a negotiation of what it means or looks like to be in a romantic partnership. In depicting her own experience (albeit planned and art directed) of a heterosexual relationship Liao creates images that feel relatable to many. As documents they hover between reality and fiction, yet their explorations of empathy, vulnerability, and co-dependency feel purely authentic.

How can photography help us envision and actualized different gender roles and partnerships?

Intimacy will improve your relationship. From the series Experimental Relationship 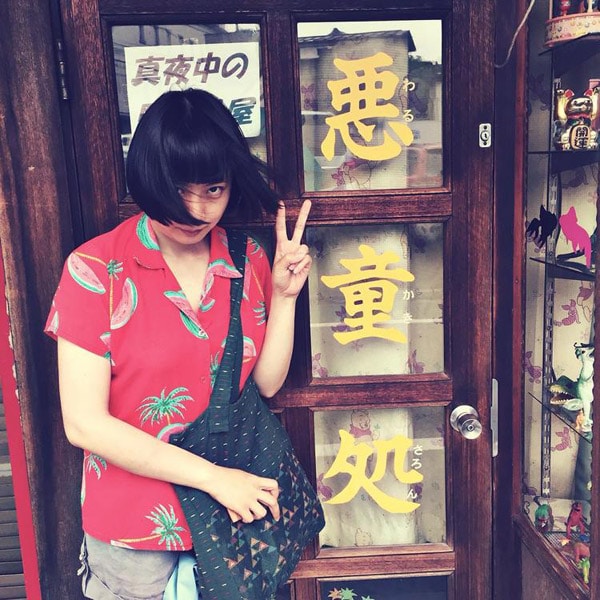 Born and raised in Shanghai, China, Yijun Liao currently resides in Brooklyn after completing an MFA in photography from University of Memphis She is a recipient of NYFA Fellowship in photography, En Foco’s New Works Fellowship and LensCulture Exposure Awards, etc,. She has done artist residencies at University of Arts London, Pioneer Works, Light Work, Lower Manhattan Cultural Council, Center for Photography at Woodstock, and Camera Club of New York.