A road trip with a "rusty old piece of Michigan steel" led New Brunswick-born photographer Chris Donovan to Flint, Michigan. A local newspaper article led him to the Flint Jaguars, a group of football and basketball players. He'll be posting his work on the Magenta Foundation Instagram account and here, he shares more about how the project came to be and what he's learned along the way

LBR. What drew you, a Canadian photojournalist originally from Saint-John, New Brunswick, to go to Flint and, once there, what compelled you to dedicate yourself to reporting sports-related stories?

CD. I took my first trip to Flint while I was still in school at the beginning of 2015, about half a year after the news of the water crisis became a big international story. I bought a rusty old piece of Michigan steel in southern Ontario and drove it back to its birthplace because something about Flint reminded me of home. I grew up in Saint John, New Brunswick, a small industrial city on the Bay of Fundy that’s sandwiched between a pulp mill and Canada’s largest oil refinery. I looked at the power structures at play in Flint and the socio-economic circumstances that lead the city to where it is today, and it very much reminded me of Saint John.

That first trip to Flint, I photographed a lot of obvious things related to the water crisis. I was basically taking the same pictures as everyone else and felt like I wasn’t adding anything to the visual language of the place and time. I did, however, make lots of friends and have been returning fairly regularly over the last four years to hang out and find new ways to talk about Flint. I read the local paper all the time, The Flint Journal, which is where I get a lot of ideas on areas that I could dig into. Shout out to Jake May at the Journal who has done a fantastic job documenting that city and whose hospitality has allowed me to keep shooting in Flint. I was reading a small story a few years ago that was about the last two remaining high schools in Flint merging their athletics program. This meant that there would only be one football and basketball team left in a city that is known for producing an exceptional number of NBA and NFL players for its size. I immediately wanted to explore this part of the city’s culture with more depth.

I went to photograph the first football season of the new team, the Flint Jaguars, and returned later that year for the team’s first basketball season. I wouldn’t say that I necessarily decided to ‘focus on sports-related stories’ per se. But I realized that looking at Flint through an athletic lens allowed me to reach new audiences and continue to talk about the ultra-capitalist power structure at play in a different way. It also allowed me to make my imagery associated with the water crisis a bit more palatable and relatable to a more general audience. It’s also important for me to show that Flint is a lot more than a water crisis. There is a century of complicated history that lead Flint to where it is now and it’s not as if the water crisis was some freak accident, but an inevitable symptom of the American experience, of which Flint is a microcosm

LBR. What have you learned while working in Flint, whether about the community itself and/or in regards to your photography practice?

CD. Creating in Flint has hammered home the importance of really getting to know a place before talking about it. I like to quote Bob Dylan who said: “I’ll know my song well before I start singing.” I’m a white Canadian man working in a majority black community in the US and it’s important to have lots of frank discussions about race and representation with the people I’m hanging out with and photographing. One example of when I was naive to the realities of the young men I was hanging out with was during a team bus ride back to Flint after an away game. We narrowly avoided a multi-car collision on the ramp coming off the highway into Flint that was caused by a big pothole. There were cops everywhere but we were only a 10-minute walk from the high school where a lot of students had parents waiting to pick them up. I asked the coach, Cory Hightower, a former NBA draftee from Flint why we couldn’t just walk to the school. He was nervous the police would perceive one of the players as a threat. That seemed obvious to him and it wasn’t so obvious to me, which was a great example of my own privilege at play. I believe that the longer I spend in Flint talking about these things, the more that kind of cultural awareness will shine through in the images, which is ultimately the goal. So I’m playing the long game on this project. I hope that it will one day result in a book that I can be proud of and feel as though I’ve added something to the visual culture of a place I hold dear in my heart, but we’ll see what happens. 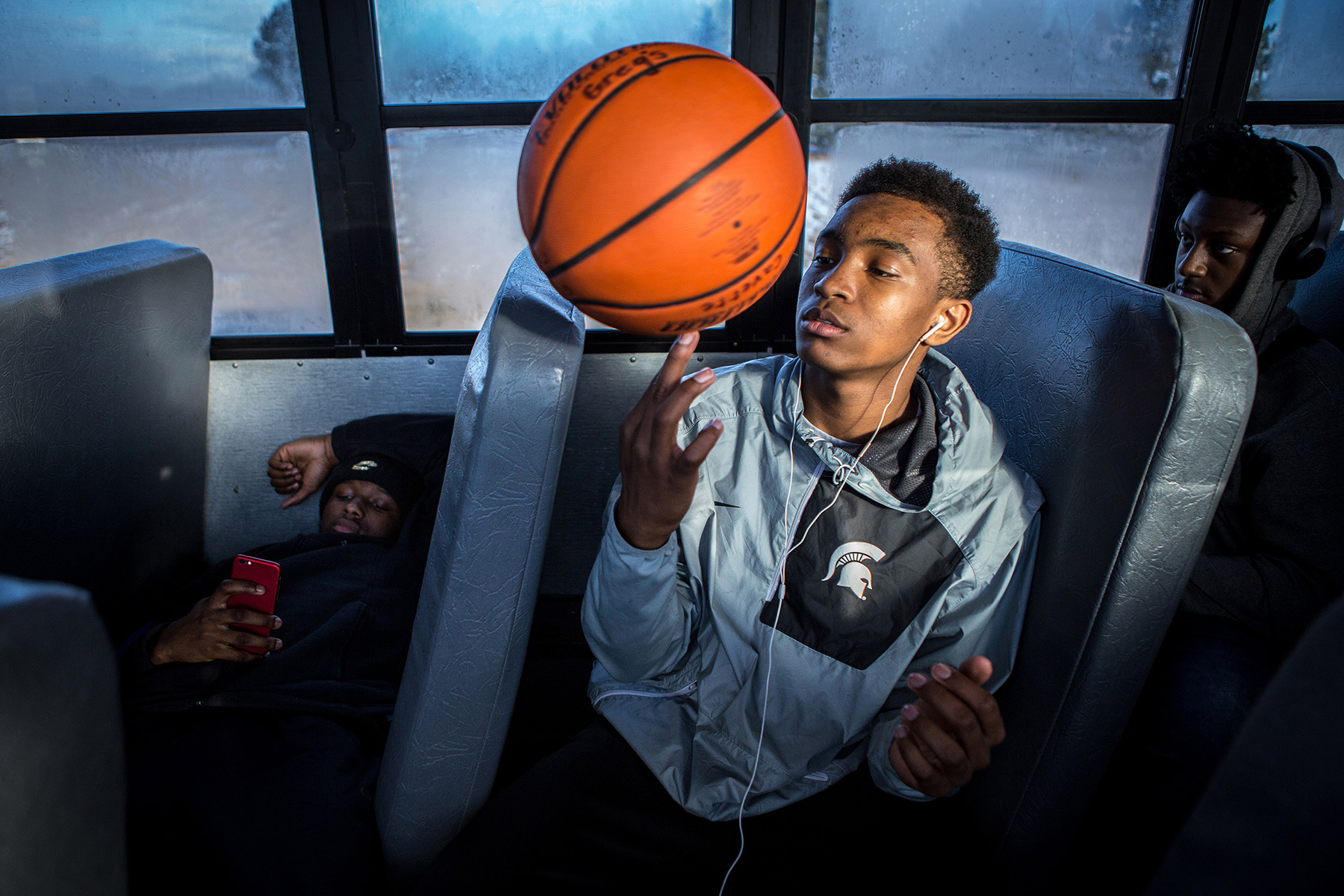 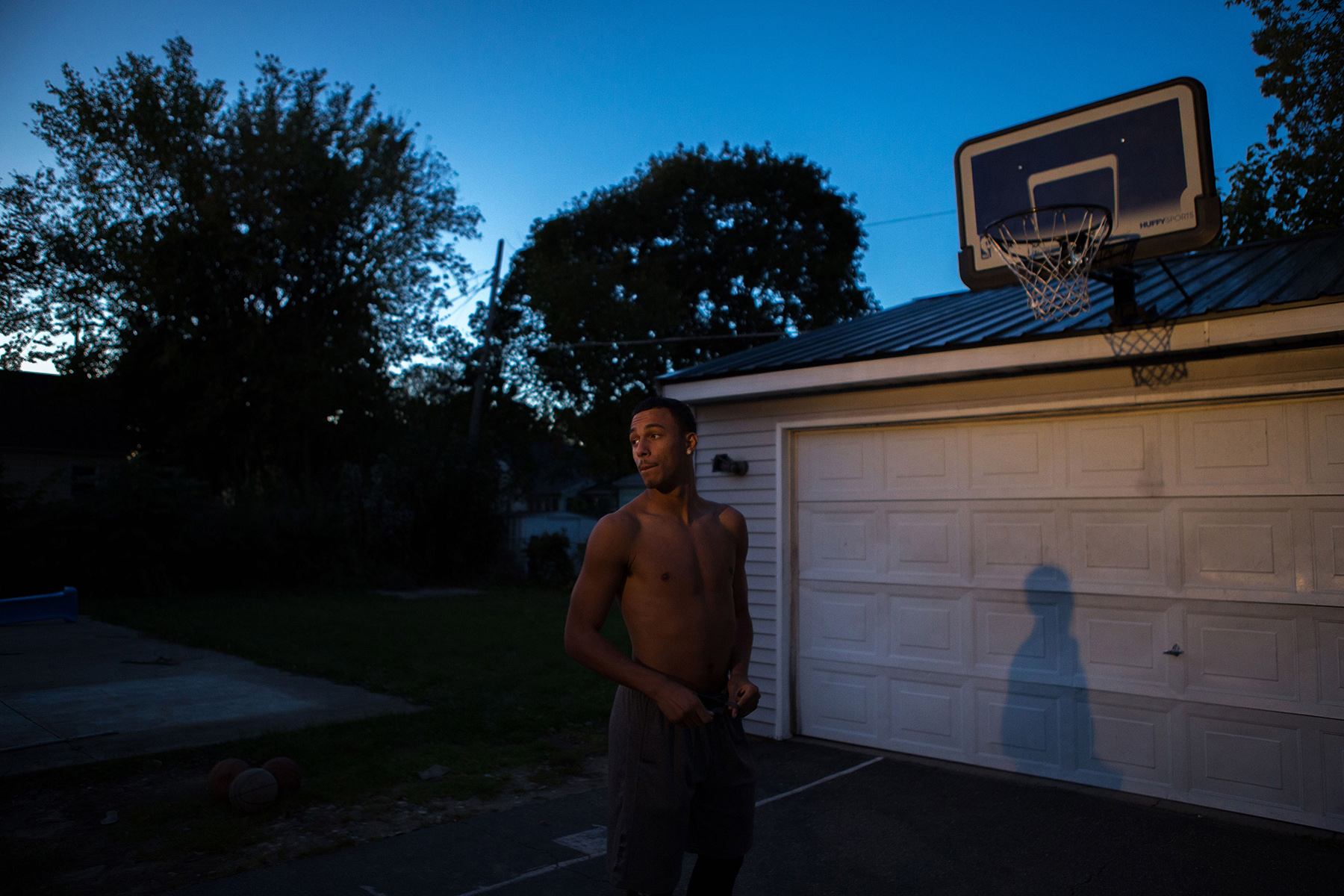 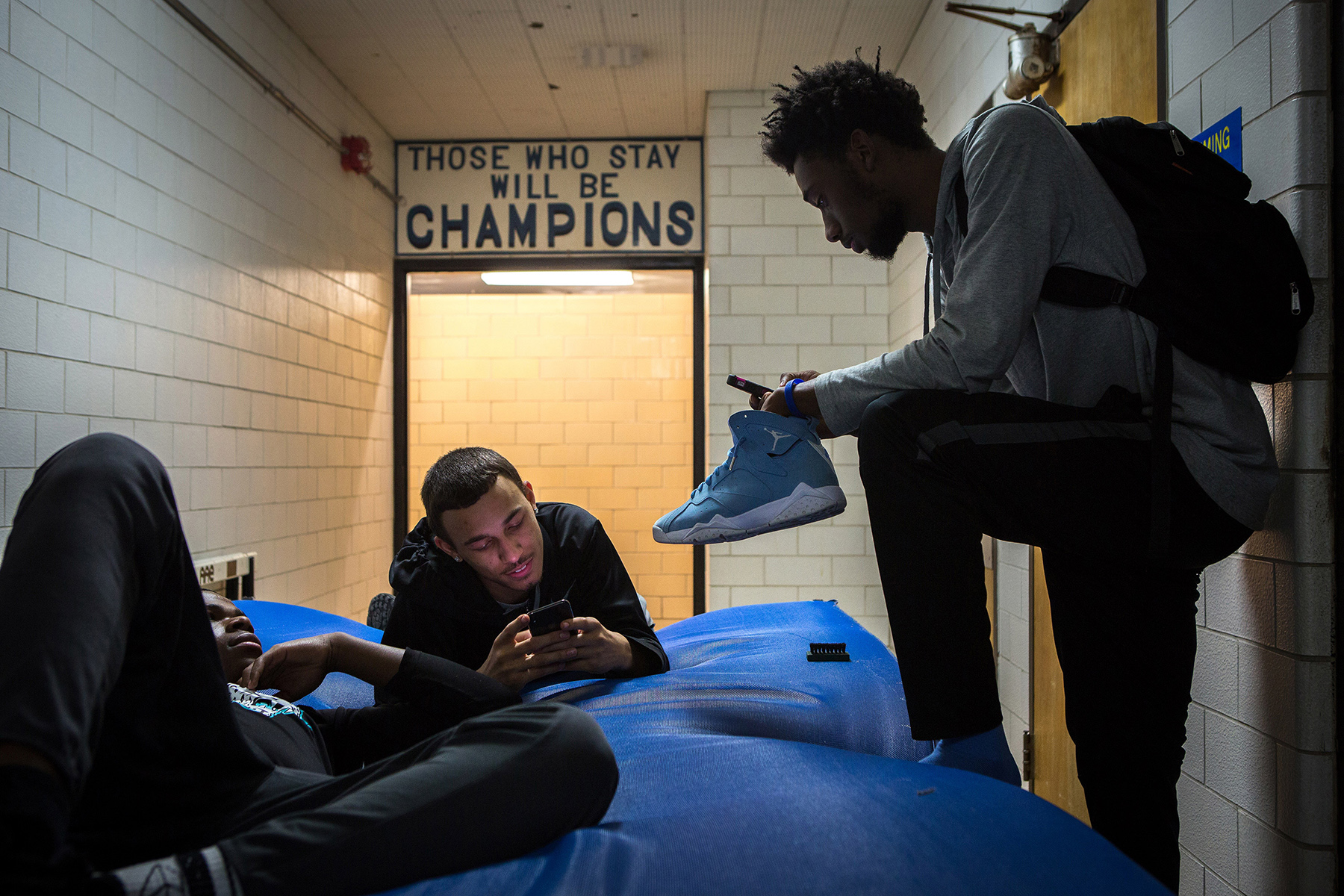 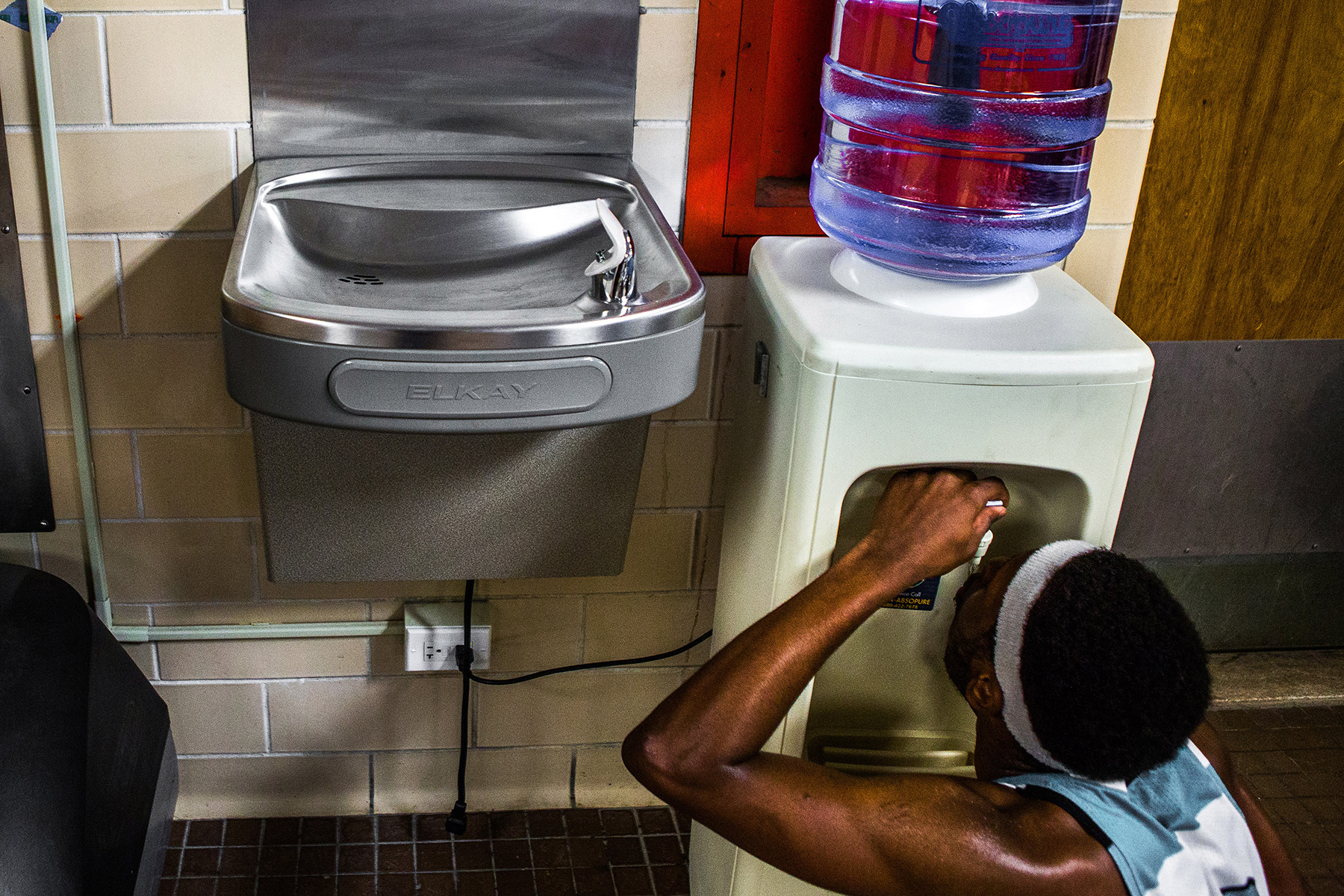 LBR. You’re going back to Flint soon, what keeps you going back? What are you hoping to witness this time?

CD. Everyone has those places where you leave a bit of your heart. Flint is one of those places for me. When I pull into Flint off the I-69, I get that feeling you get when you pull up to your place after being away from home for a long time. I can’t explain exactly why that is, but it definitely has something to do with the incredible people I’ve met there. Some of my best friends now live in Flint and they are some of the most giving, loyal, down-to-earth people I’ve ever met. Even if I decided I wasn’t going to create in Flint anymore, I would continue to return regularly because it’s a special place and I feel like I have family there.

In terms of new work, I’m going to keep digging into the legacy and culture of basketball in the city of Flint, with the hopes of creating a much larger body of work around this subject. On a personal note, I’ve always loved the sport and the culture, and now living in a basketball town like Toronto that love has definitely flourished. I think that digging deeper into this slice of Flint culture will allow me to explore history, outmigration, the youth experience, the passion of the city and much more. 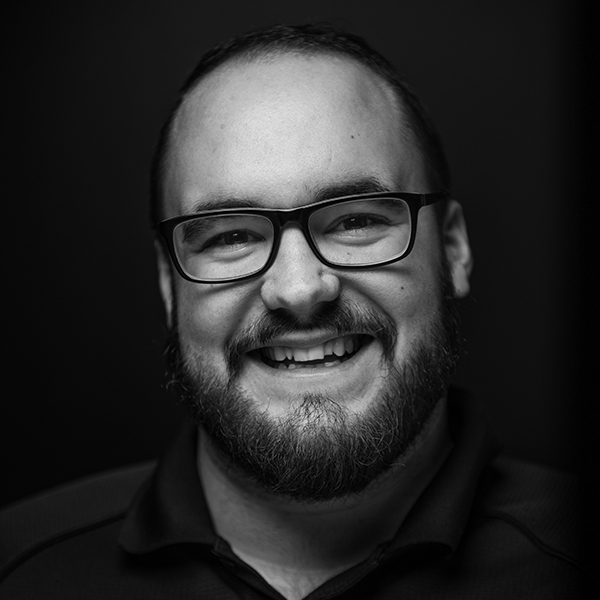 Chris Donovan is a documentary photographer based in Toronto, Canada, whose work focuses on the interplay of community and industry.
www.chrisdonovan.ca