In his series, Modern Miracle, photographer David Degner looks for the intersection of reality and spirituality. He tells us why and how, as he takes over the @magentafoundation instagram account.

LBR. What aroused your curiosity for metaphysical dualism?

DD. This idea really solidified after the coup in Egypt when an image of Mary was reported to be crying and the Army went to the church and confiscated it.  At the same time Sisi was talking about his dreams and that they were signs he would come to power.  I quickly found other moments in history where miracles played an important role in Egyptian politics. My second bachelors was in philosophy so I really respect people who have a different understanding of the world than me and like to force myself into close proximity with them to challenge my own beliefs. 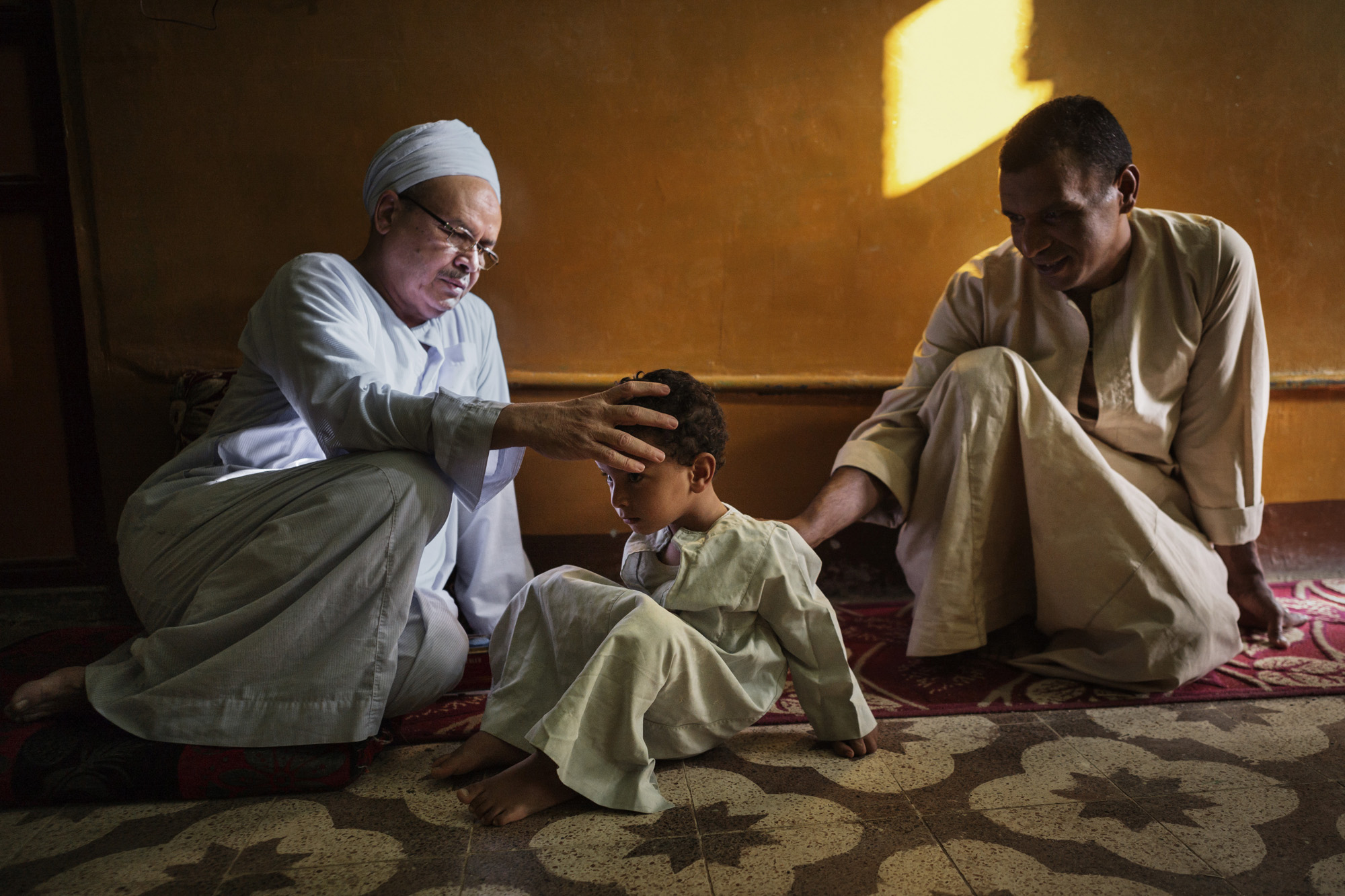 Sheikh Sabat prays over a boy who has problems sleeping. The procedure was efficient: A consultation, a prayer, and a verse from the Quran written on a sheet of paper. The father should boil the paper into a tea and have the boy drink it for full effect. Sheikh Sabat said he deals with many kinds of issues, but lately the majority of the problems have been about marriage because, "Men these days get distracted easily and women don't keep themselves looking attractive after marriage." There are three faith healers in Esna al-Dier. Sheikh Fathala is considered the most orthodox, using the Quran and blessed water to heal. Sheikh Sabat uses the Quran to deal with believing djinn, while his brother Sheikh Ali works with disbelieving djinn. The orthodox methods are the least risky but the unorthodox methods can bring faster results.

LBR. How do you go about photographing the intersection of the tangible and the intangible, especially given that the latter is rarely visible?

DD. If the spiritual world and physical world are interacting than there must be a place where that occurs, like the space between the hand of the sheikh and the boys head. 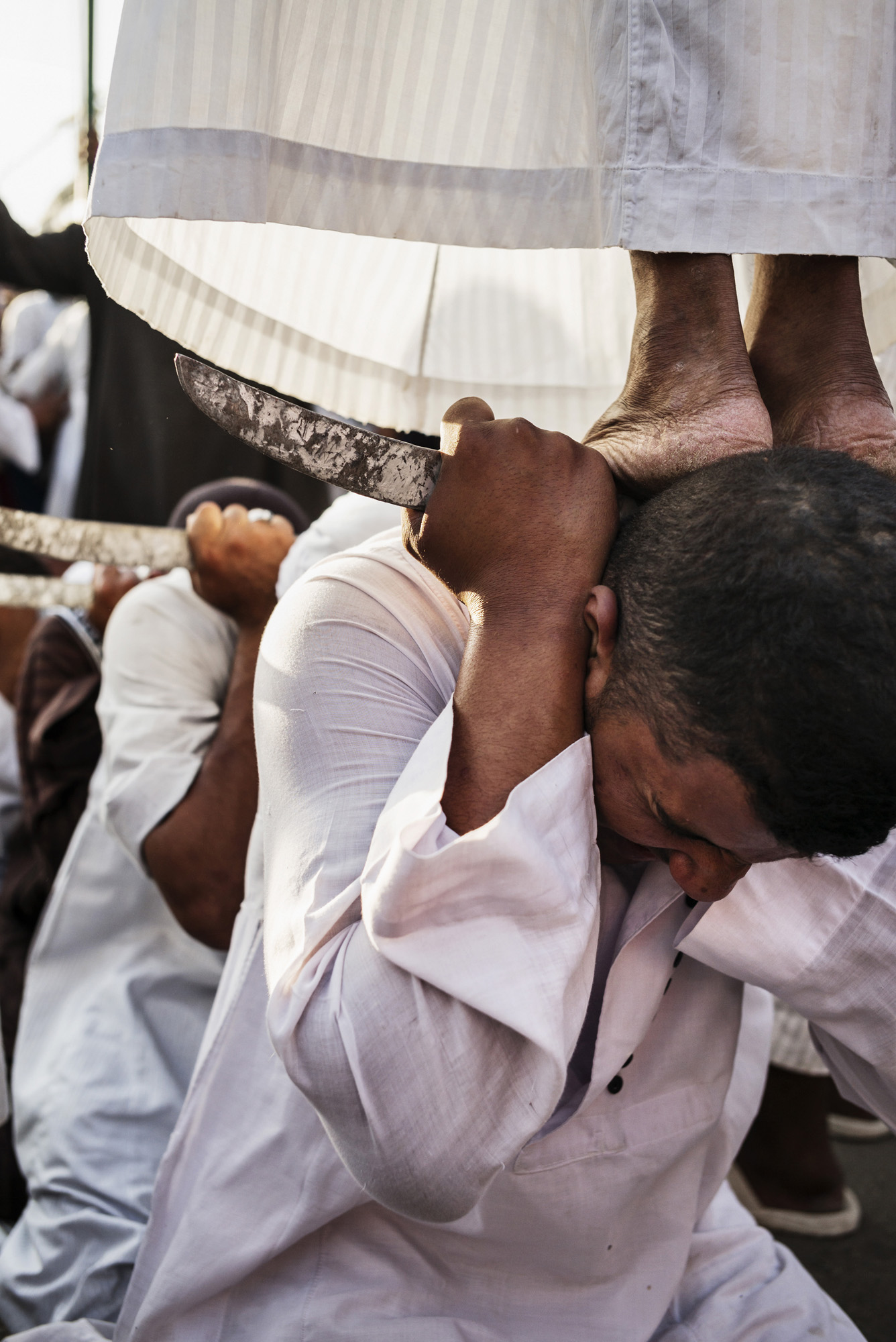 The Rifa’i Tariqa from Dishna performs a ritual known as "dosa" at the Moulid Abu al-Hasan ash-Shadhili. Followers put a sword on their neck and a leader stands on top of them. If the follower is impure and does not fear God, the sword will cut his neck. Another similar ritual is putting a long skewer inside the mouth and piercing the cheek. When done by pure men, no blood is drawn. 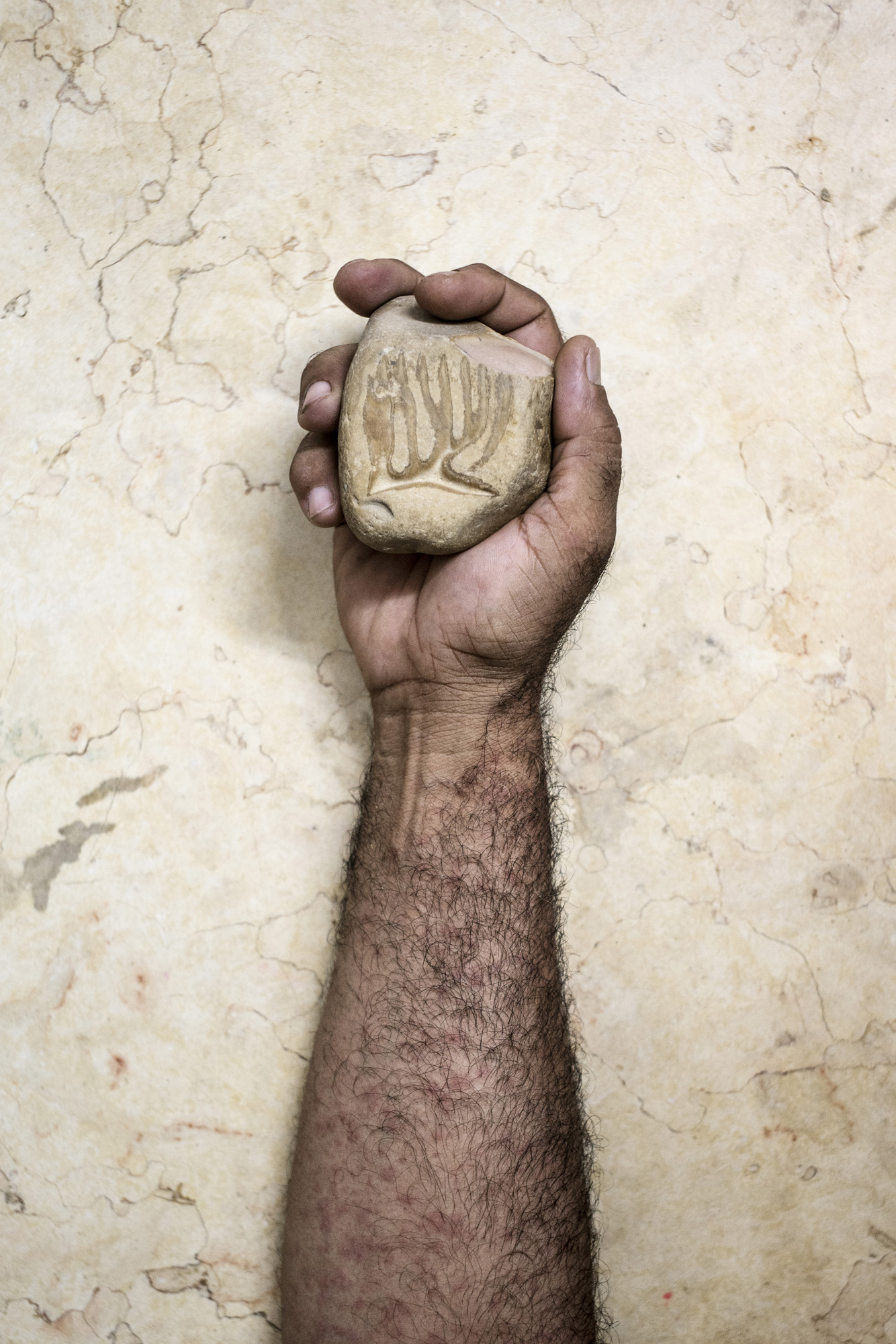 Nour al-Dein Zaki holds a stone with a natural formation that bears what appears to Arabic script. It reads: "Allah! There is no god but He." Nour is a geologist, a scientist who knows how rocks are formed. There are many formations that he can explain as made by nature, and others that he can explain as made by man. But if the formation is so rare that it can't be explained by nature or man he calls it an ‘ayat,’ a sign from God. When he was a student at al-Azhar University, Nour once found the name of God in a boiled egg he was cooking for lunch. He showed the egg to other students and many were amazed. Soon students throughout the dorms were finding similar ayat when they opened their boiled eggs. Nour worked in the desert for a gravel company, identifying deposits to be extracted. He would relax in the evening by searching in the hills for stones. Over 29 years he collected hundreds of stones that had no explanation other than God. Nour is now retired and spends his time working on his collection and filling a folder with research for a book. The folder includes sketches of stones, clippings from newspapers about other ayat, such as cucumbers that reveal "Allah" in their seed formations, pumpkin seeds with words, even patterns found on a butterfly wing.

LBR. How has this work, Modern Miracles, shaped how you approach the world around you? and photography?

DD. It was the largest project I’ve worked on and took many years so I grew a lot while shooting it and still am learning as I now try to make it into a book.  But it really gave me the confidence that I can respectfully go out and do long term projects.

LBR. In your bio, you state that your greatest achievement is editing and mentoring photographers for Panorama, a platform dedicated to showcasing the best of Egyptian photojournalism, why is that your biggest accomplishment?

DD. The revolution in Egypt inspired a lot of young Egyptian photographers that with the help of some great mentors like Randa Shaath have been doing amazing work. Panorama was one of the stepping stones many of them used to get their projects published and get their work seen on an international stage.  Now it lives on under the leadership of Sima Diab. 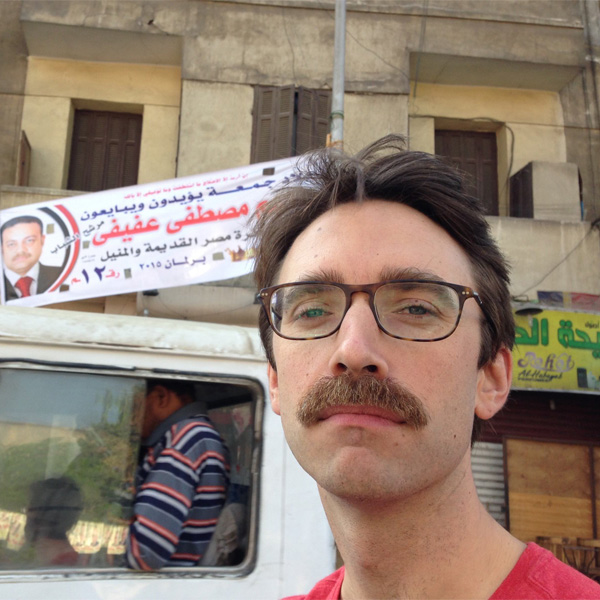 After studying photojournalism at WKU and interning at several newspapers David Degner made the jump and moved to Egypt.  He’s been working around the Middle East for the past 9 years.