In conversation with Rachel Burns

At 18, Etobicoke School of the Arts recent graduate, Rachel Burns made the headlines for the receiving offers from over 25 universities, often accompanied with scholarships and financial aid that, when combined, total 2.2 million dollars. But more than those numbers, it’s her artistic prowess that deserves our attention.

LBR. How does it feel to be such a sought after high school graduate?

RB. Overwhelming, to say the least. But also exciting, because it’s the culmination of a lot of hard work. Every November, the Grade 12’s take part in an event called Portfolio Day, which functions as a thesis show. Representatives from more than eighty universities and colleges attend to get a feel for who would be a good fit for their programs. The two months leading up to it were intense. I spent hours on end making work. I applied that type of lifestyle when applying to many schools —38 in total— while building new works. I can work faster now and have a better sense of what I find important, which is learning more about myself through the work I make.

After six months of emailing university reps, and considering all of the offers, the schools, the programs, their communities, and bearing in mind finances, I decided to stay in Toronto to study at OCAD University. I like the community here and feel that there is a lot of potential that I can push towards. I have many friends who are going to school abroad, while few are staying in Toronto. I think in both scenarios, my friends and I will grow alongside each other. Having a geographical distance between us will give us the opportunity to expand our community to different countries. 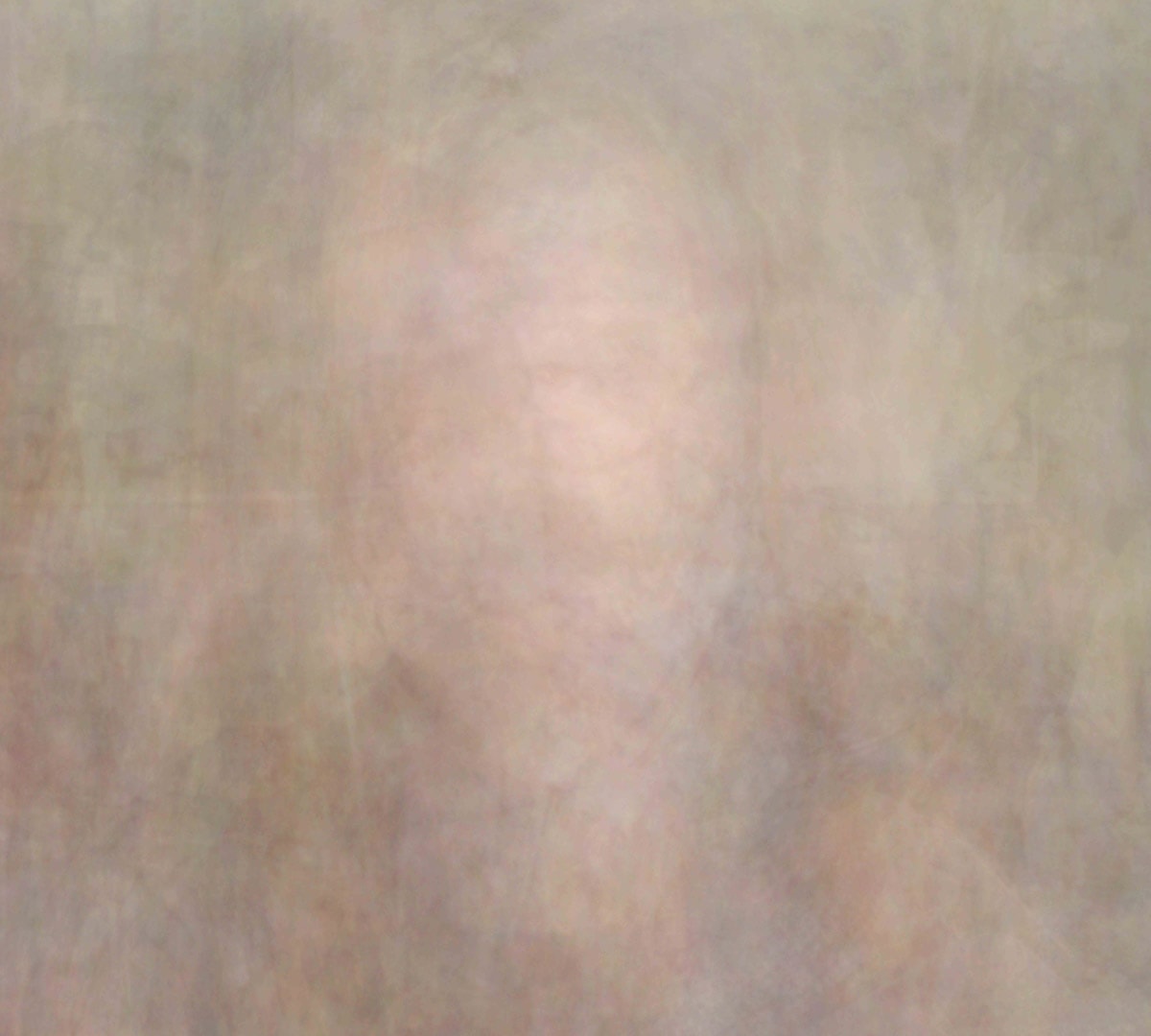 LBR. What do you feel contributed to your success? What kind of support do young artist like yourself need to feel confident about themselves?

RB. Matthew Varey, the Head of the Contemporary Art Program at the ESA structured the program in a way that rather than focus on the technical aspect of how to make work, he emphasizes the thinking part: what you find important, how you connect to the world and what you want to make and share. Allowing students to figure out those things for themselves is a skill set which enables us to go into any discipline we desire. And, Glenn Novak, the Contemporary Photography teacher here, helped me realize that I can use photography, and the process of photography, as a material within the body of my work. Both teachers care so much. They continually share any and all opportunities to show our work in the world; like publications, group exhibitions at the Saatchi Gallery in London (UK) and Albright Knox Museum in New York (USA) and solo-exhibitions with contemporary commercial galleries here in Toronto. They really have built a community which extends outside the classroom. 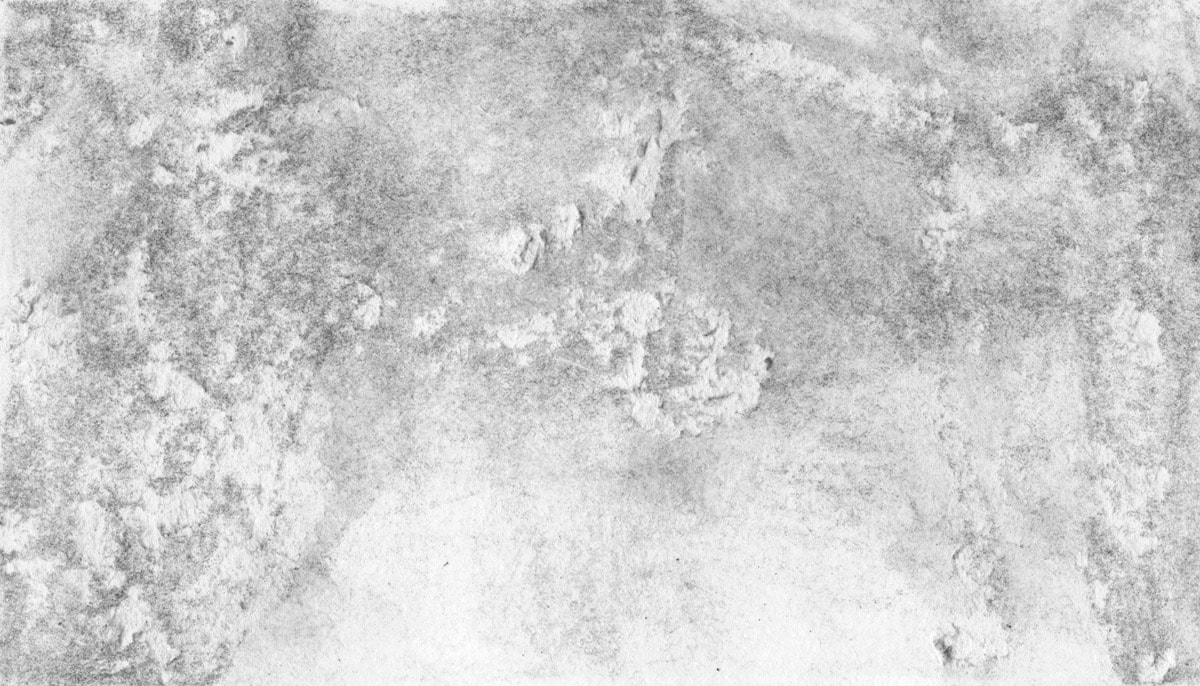 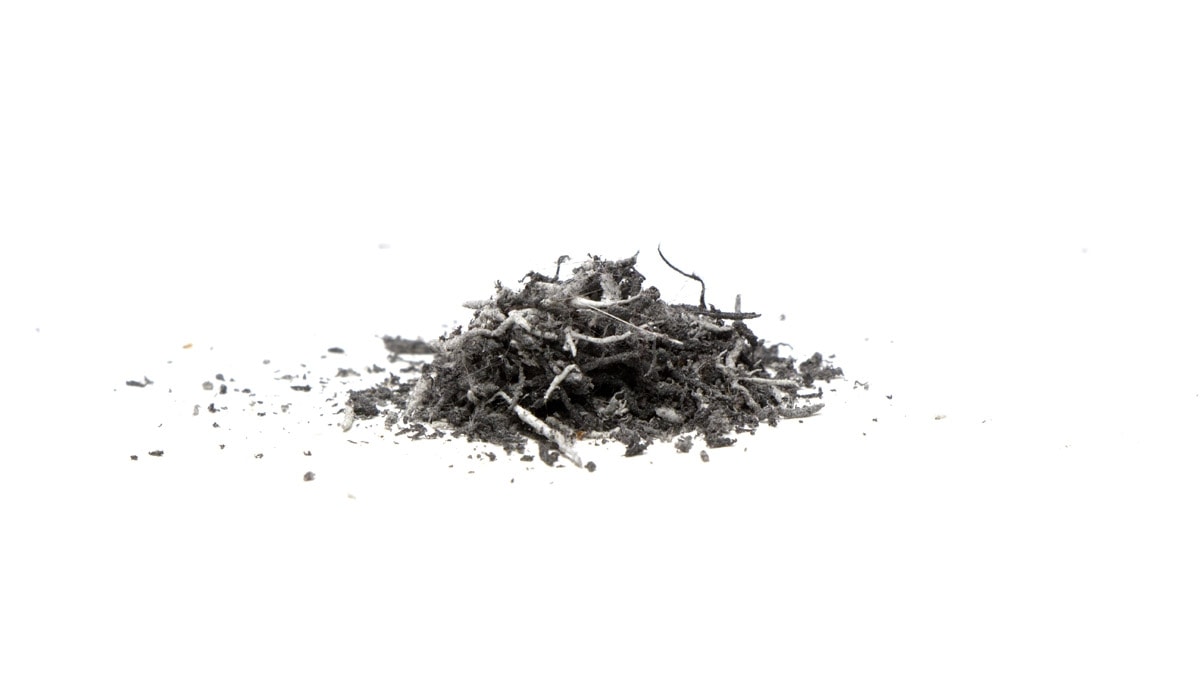 LBR. What role did the Flash Forward Incubator play?

RB. In grade 11, I took part in the Flash Forward Incubator, which took place throughout the school year. At the end of the program, our work was exhibited at the Gardiner Museum and auctioned. It was incredible to see the amount of people who turned up and purchased the art we made. To know that someone cares about your work enough to purchase it, it helped me build confidence knowing that my story can be shared and that someone is willing to listen.

LBR. Where do you draw your inspiration from?

RB. Reading. Friends. Being by myself a lot, self-reflecting and having the goal of continuously make work. I have to constantly be honest with myself about myself in order to create honest work. Having the goal to be my best self is the inspiration. Being raw and being open, as soon as you have that happen, you don’t need someone to influence you. The work makes itself. 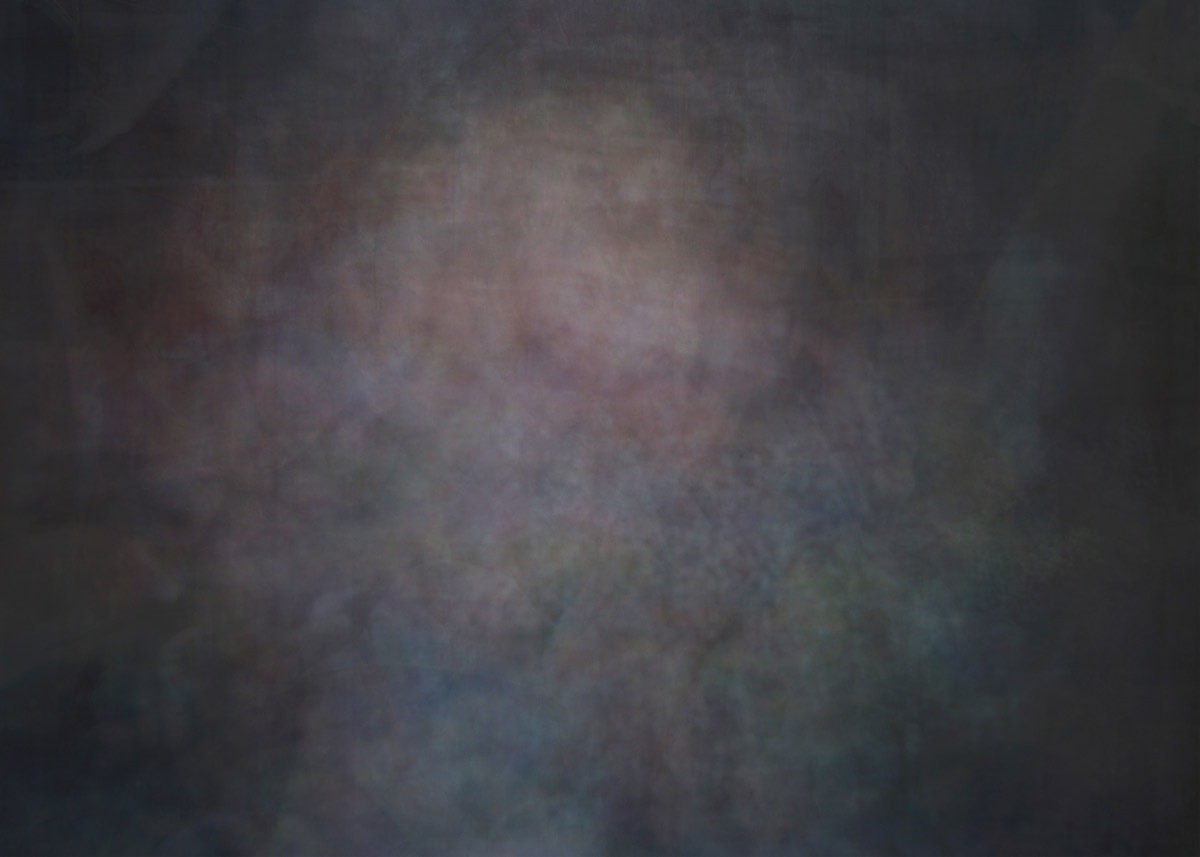 LBR. Much of your work takes an abstract approach to exploring personal memory and history, manipulating family archives to a point where the scenes they depict are indecipherable to those who weren’t part of them. What prompted that exploration?

RB. It all started with an exercise assigned by Mr. Novak. He asked us to make a self-portrait without us in it. I decided to take sixty photos of myself from near birth to present. I changed each photos’ opacity to 2% and layered them on top of each other. It created a form, vaguely resembling my face that seemed to hold two binary actions in harmony, coming together and falling apart. The piece felt complicated and simplified at once. That’s how I see the world. To see multiple connections individually, then when you add them together, life becomes ambiguous and all that ambiguity is what I use when making my work.

The way I approach my work, I use a lot of archived photos from my parents by documenting my family history through candid moments. I took those photos and designed a process that I could walk myself through when making my work. To me, the process of layering allows for dismantling, healing and understanding myself. Knowing that some things were not my fault, giving myself the chance to reflect, accept and grow. That was a huge step in my life, through making work I learned that I am going to be okay. 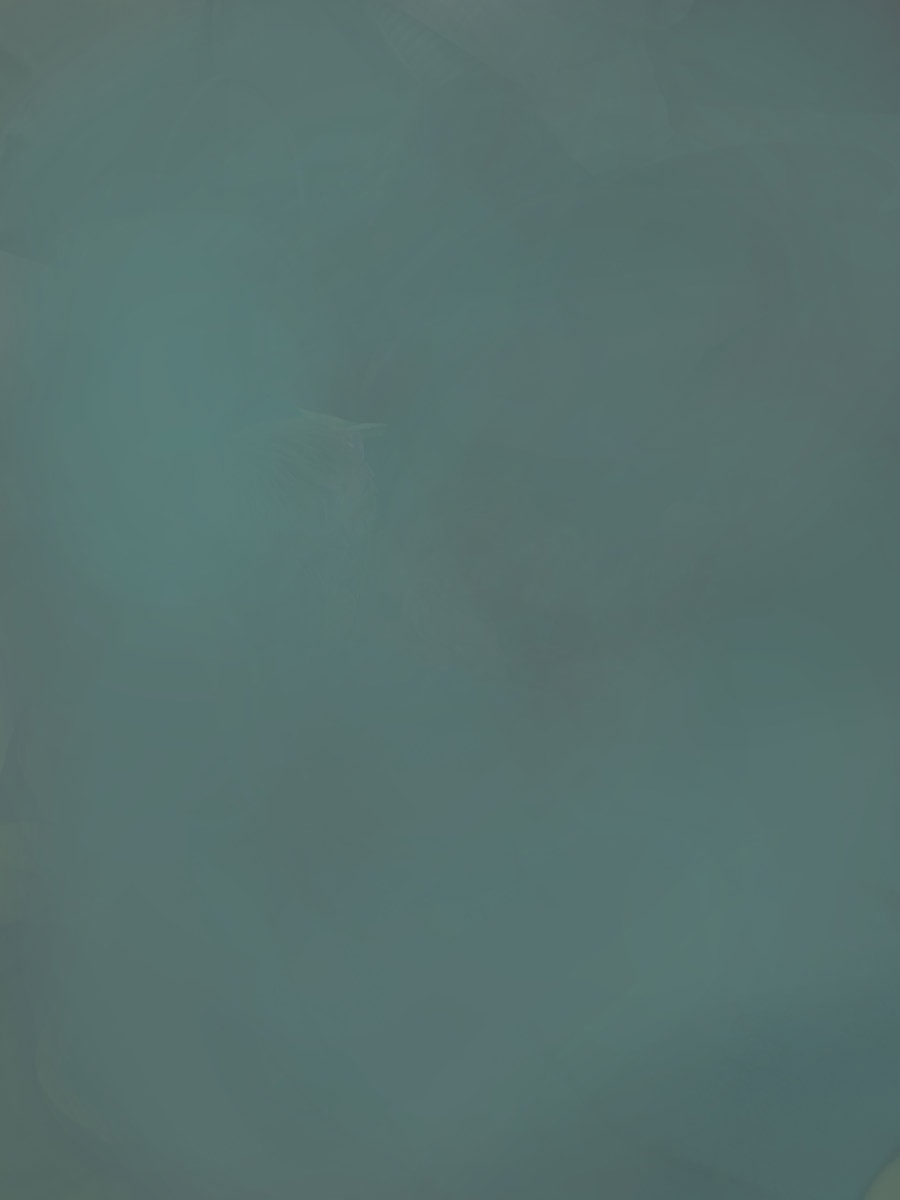 LBR. Speaking of layering, what do you feel this particular way of manipulating images reveal?

RB. For one, it shows patterns. For instance, in my first series, Layers of a Child 1, in each final piece I layered 100 family photos on top of each other. Just before making that series, I realized that I hadn’t dealt with some traumatic family experiences. I was living within a pattern of confusion. That’s when I decided I should do something that is process based. I went through all 600 of the photos with my mom and scanned them. It was a communal thing. Something that my family could build on: accept our past and move forward. A pattern which leads towards growth. I see that series as a nebula or the surface of a stone, something which contains history inside of it; my history, my family’s history.

Almost a year later, I realized I can re-learn from my work. For Sediment of a Child 1, I took the same 100 family photos and shrunk their height to one percent and kept the width the same. I then placed the distorted images side by side. Each segment of colour is one family photo stretched and exposed. I see this series as an extension, another version, of the Layer of a Child series. Physically and metaphorically, I am displaying all of the components which make up the previously made series. Layers of a Child functions as the surface of a stone, Sediment of a Child exposes the individual experiences which are embodied within a rock. Through making this series, I learned that I can use time as a material. 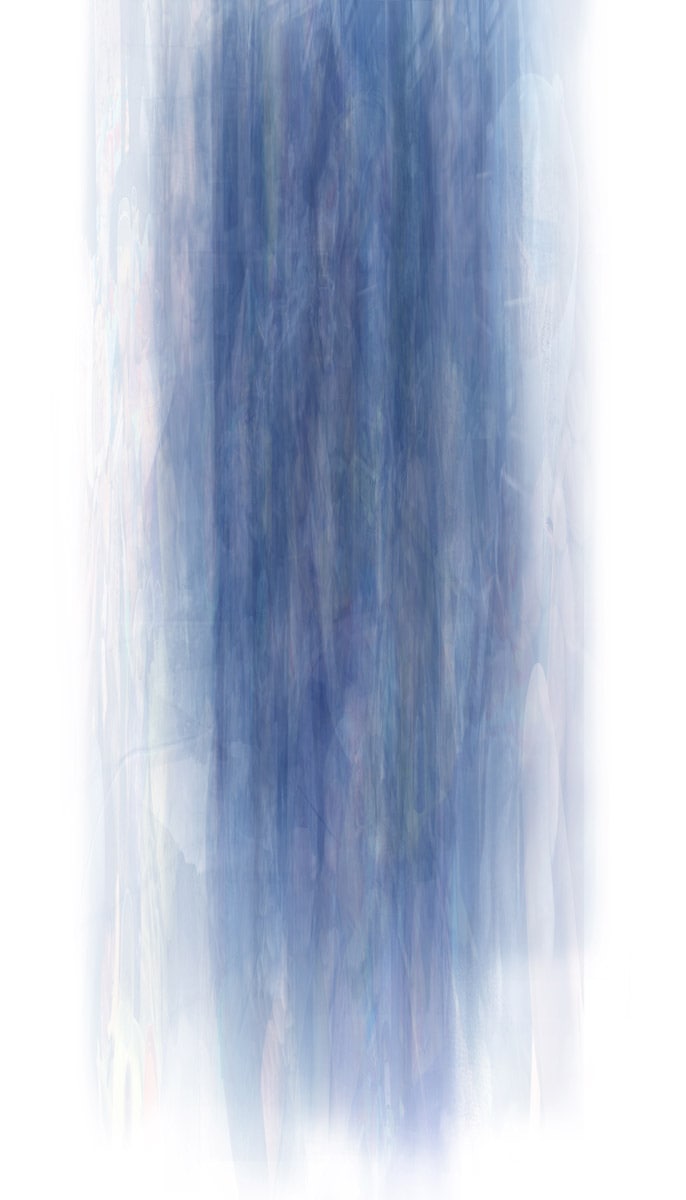 LBR. How did your work evolve from there?

RB. As you’re working on a project, new ideas organically spring to mind, and before you know it, you have a whole new stem, a whole new series.

In this case, I proceeded to make a series called Color Memory, which is still ongoing. I selected candid shots from my phone library, take the average pixel color of the photo, then layer that colour on top of the image. Then I’d erase part of the color layer, so that you could see bits of the original image being exposed through it. If you’re not part of that captured candid experience, then you don’t know what the image is, but if you are, you know when, where and what it was. The final piece speaks to how we remember things. It looks ambiguous and abstract but it is still the exact same digital file which was initially captured with a camera. Functioning in the same way, when you explain a memory to someone who wasn’t there for it, they never fully grasp it. This series is about how we remember and communicate own own histories.

I’ve also been working on Portals a series of images of the sky captured at about the same time of day. By layering them in a geometrical format, they look like spaces you can travel into. It was based on the idea that when you experience the sunset, you embody it, while when you see a photo of a sunset, it becomes two dimensional; it’s just a photo of sunset. I wanted to take the two dimensional quality of a photo, simultaneously make it feel three dimensional to create a dynamic experience for the viewer.

Building off of the idea that my work aesthetically has qualities similar to the geological world, I decided to make a series of waterfalls. Each Eroding History piece, is composed of 61 layered images, family photos that I’ve taken. I stretched them turned up the blue saturation of each one, and erased the bottom parts so that they would look like water falling. This series acknowledges the process that water can erode stone. Similarly, I can erode and embody generational history. It feels so much lighter, yet still contains the weight of stone. Water has a direction, it flows unpredictability. It’s reflecting my mindset now: I have hope, I have direction but I don’t know where I’m going.

LBR. Since you bring up the future, what are your next goals besides attending OCADU?

RB. My dream would be to be a working artist and being a part of that community. I love making work. I get to learn from the work that I make. In order to create honest work, I have to constantly be honest with myself and about myself. So I constantly ask myself: Why? I want to continue having the experience of making objects that get to exist in the world, that mean a lot to me, and then let other people have the opportunity to look at them, share them, and relate to them. 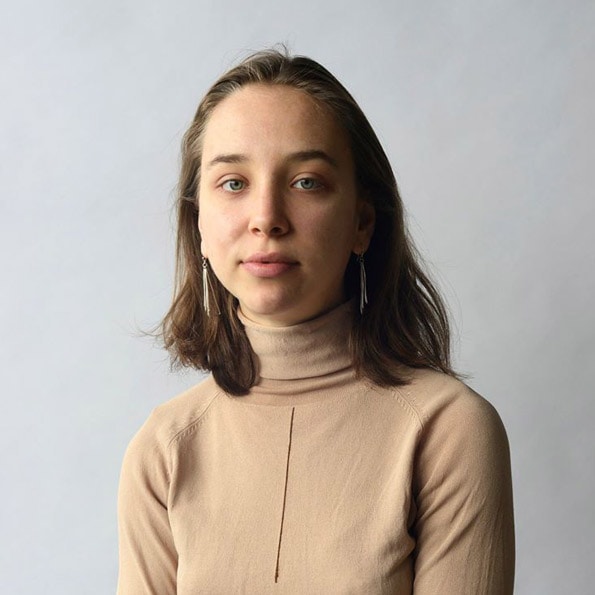 Rachel Burns sees her work as a living thing. She uses the process of deconstruction to fabricate art which deteriorates its own existence. In doing so, she believes, she can dismantle her history, her family’s history, and the history of time itself. “Taking these aspects of myself apart frequently, she adds, determines that I can put myself back together”.