The work of Victoria Razo in her homeland of Mexico, as well as in Chile and Cuba, landed her a scholarship to this year's Boreal Bash sponsored by the Magenta Foundation. As she's about to takeover the Magenta Instagram account, she spoke briefly about why she's constantly studying photography and the realities of being a woman photographer in Veracruz.

LBR. You studied photography at university and have since continued to attend training sessions and workshops, like a hostile environment and first aid class organized by VICE, a IWMF meet in Quito, Ecuador and the Boreal Bash in La Huesteca, in Mexico this past December. What initially drew you to pick up a camera and what compels you to constantly seek to learn more?

VR. The main thing that attracted me to photography was to get to know places I had not visited before, to be able to travel and make a living from it. I want to show people the problems that we face so that they don’t keep happening. Unfortunately, many people close to me are not interested in  local news even though they are now of international interest. So, I’m striving to find new ways to show what is going on. I wished I had learned earlier how to make long-term stories. I’m still trying to figure out the best way to do it. I look up to photographers like Maysun, Katie Orlinksy, Cristina de Middel, Ami Vitale, Evgenia Arbugaeva and Tamara Merino.

I started to work for a local magazine 5 years ago, for which I covered cultural issues. During a trip to Chile in May 2016, one of the most important environmental catastrophe in the region occurred. It was caused by salmon fishing industries. They threw toxic waste into the sea causing pollution and the death of hundreds of marine species. This coverage made me want to dedicate myself to telling stories about human rights, migration, gender and environmental justice. because these are the issues that surround me and remain present in Latin America. 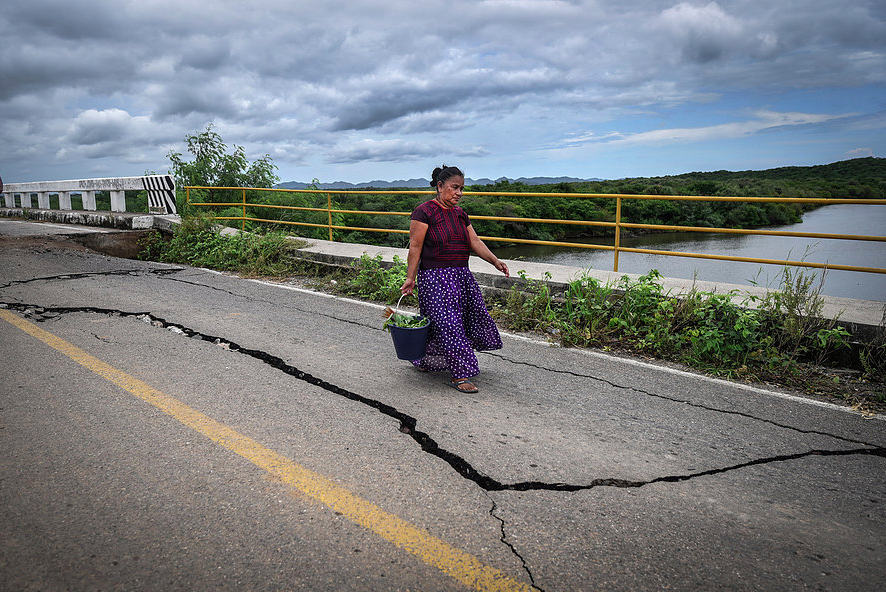 A woman walks on a bridge fractured by the magnitude 8.2 earthquake that affected the south of Mexico on September 10, 2017. 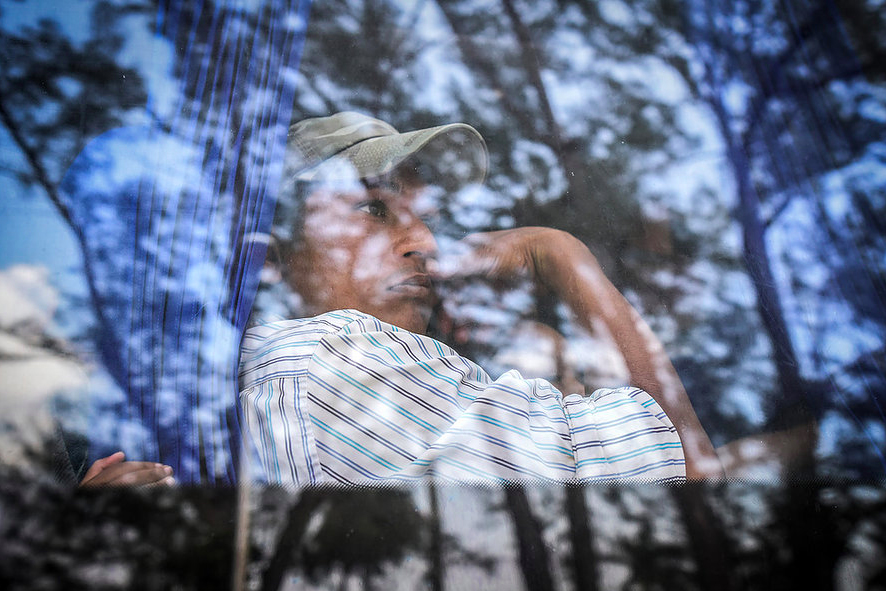 Central American migrants taking part in the "Migrant Via Crucis" caravan towards the United States rest (right) at a sport complex in Matias Romero, Oaxaca State, Mexico before getting on a bus (left) on April 05, 2018. 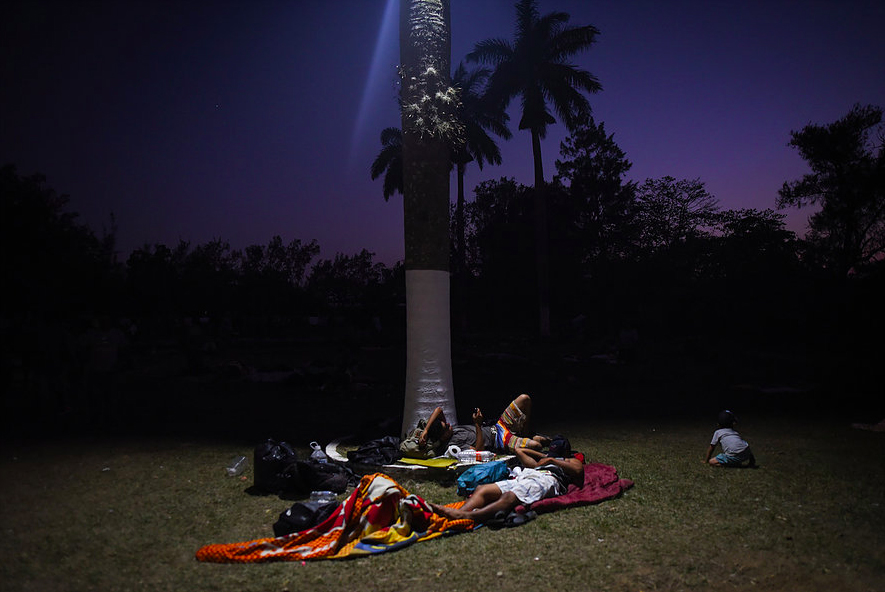 LBR. At this point in your career, what has been the most meaningful story you have worked on?

VR.  I accompanied mothers and relatives of missing persons in search for clandestine graves. They have opened the doors of their homes to me and shared their grief and anxiety with me. They hold a very special place in my heart. And, I’m currently developing a project about the violence generated by organized crime in the state of Veracruz.

LBR. What is it like to be a Mexican woman working within the photojournalism industry? What changes would you like to see?

VR. Mexico is a difficult place for us. I always try to work accompanied not necessarily by a man, but at least by another person. Sometimes, to be safe, we need to be a team of more than 10 people to cover issues such as the forced disappearances and go to clandestine graves. With that said, I would like to see more respect and admiration for the achievements of women photographers from the region. 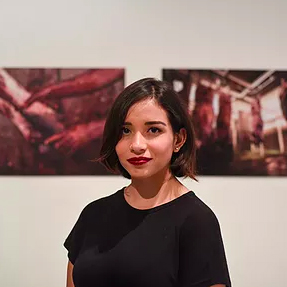 Victoria Helena Razo is a freelance photographer, visual storyteller, based in Veracruz, Mexico. She is currently a contributor to the Agence France-Presse. A photography graduated from the Universidad Veracruzana, her work has been published by the Washington Post, El Pais, Vice News, AJ +, Telesur, Journalists on Foot, La Jornada, and others