In Our Own Hands

Historically, photography has held many faculties, as its inception is rooted in technological experimentation. Photography has covered a wide gamut, used as a tool of indoctrination, but also as a format of empowerment.

And yet, too little attention has been focused on the role of the photographer in relation to the cultures and communities they are depicting. In an attempt to understand the multi-use nature – its important to consider the triangular relationship and power dynamics between the photographer, the photographed and the viewer.

With this in mind, my goal while reviewing Flash Forward submissions was to identify those photographers that reflect an understanding of the power they wield and whose work places value with their subject matter. As a biracial Nigerian-Canadian who works with emerging artists, I pay attention to those artists that disrupt cultural stereotypes and reflect the complexities of contemporary lives rarely celebrated or even acknowledged within the history of photography. From this year’s submissions, I was delighted to see the work of Lorena Endara, Mikael Owunna and Leila Fatemi. 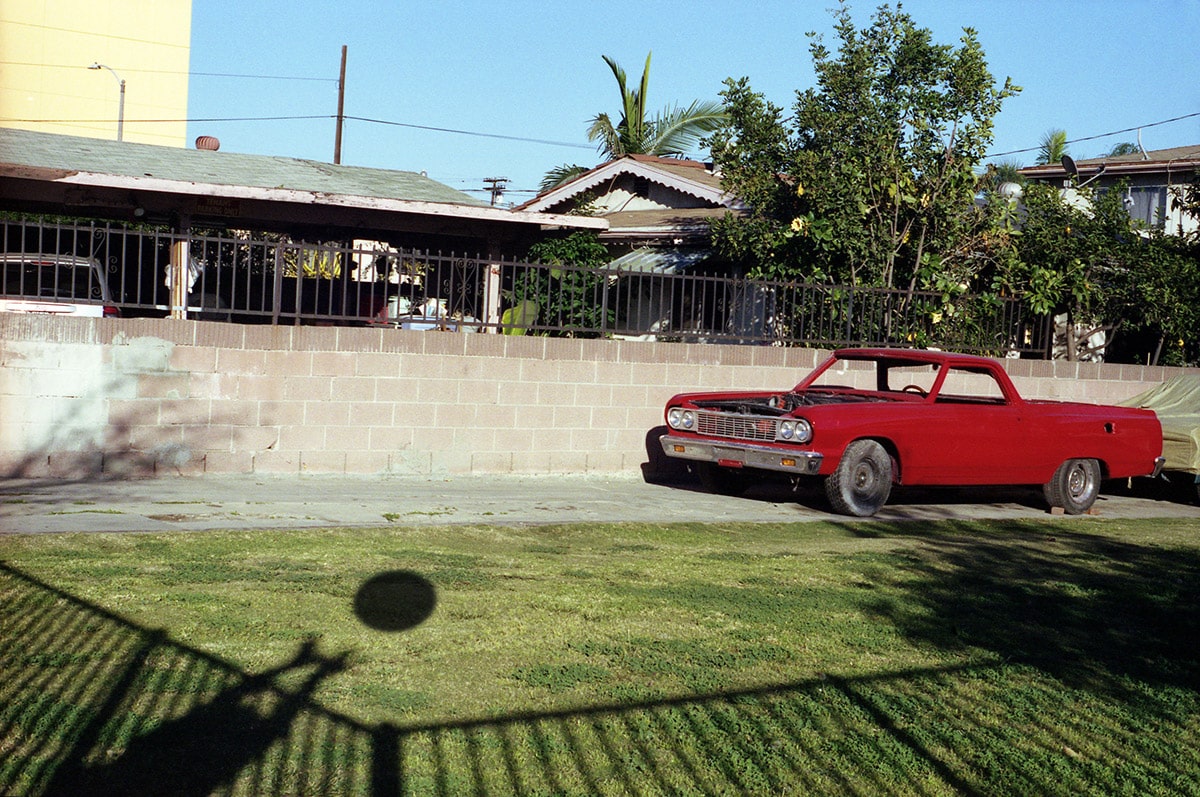 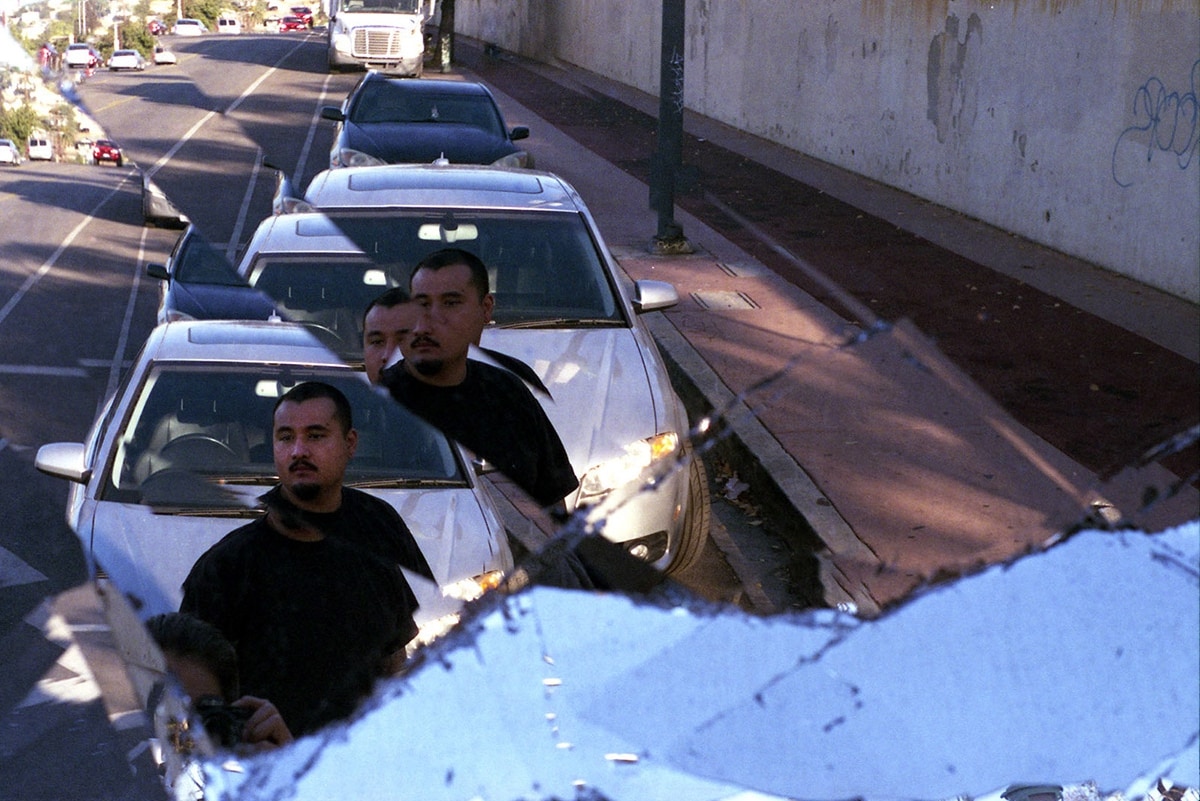 From "Love Is Not A Drug" by Lorena Endara.

Love is Not A Drug is a series by Lorena Endara, photographed while walking the 3.2 miles of Lorena Street in her adopted home of Los Angeles. The street, used as a backdrop which creates a selected boundary of safety, allowed Endara to explore ideas of belonging, intimacy and isolation. In the fragmented images, Endara alludes to daily gestures of love, moments of remove and what exists in the between. Teju Cole wrote in his On Photography column in the New York Times of the sophisticated beauty of an image that alludes to the messiness of life within and outside of the frame. Endara’s work poetically allows this disheveled life to exist as it is, full of touch, discomfort and resounding, quiet moments of familiarity. 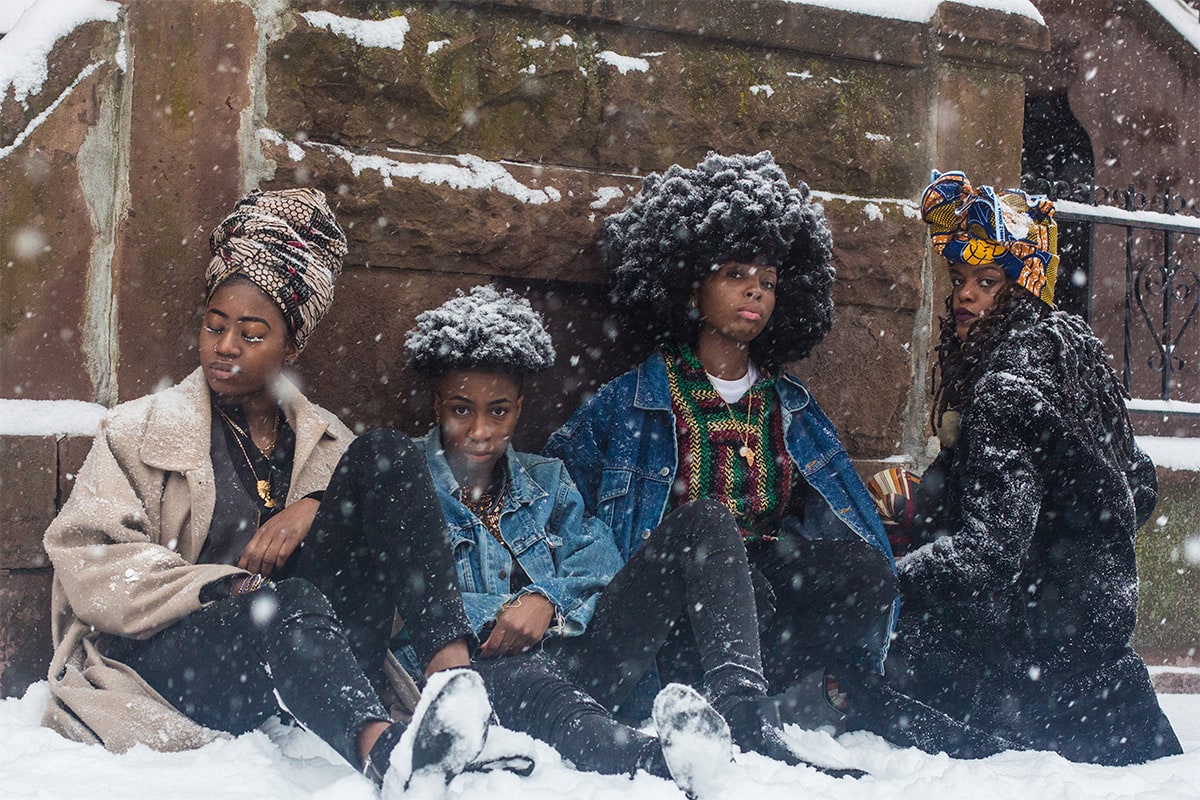 "Being African and queer was two outsider identities and for me it never seemed impossible to combine. In both spaces I was supposed to be fitting a norm that I wasn’t able to fit. Whether it’s the white one or the straight one, and when you say 'fuck it' to one it’s easy to say 'fuck it' to both."- PO, Afro-Queer Congolese. Brussels, Belgium. 2017. From the series "Limit(less)" by Mikael Owunna 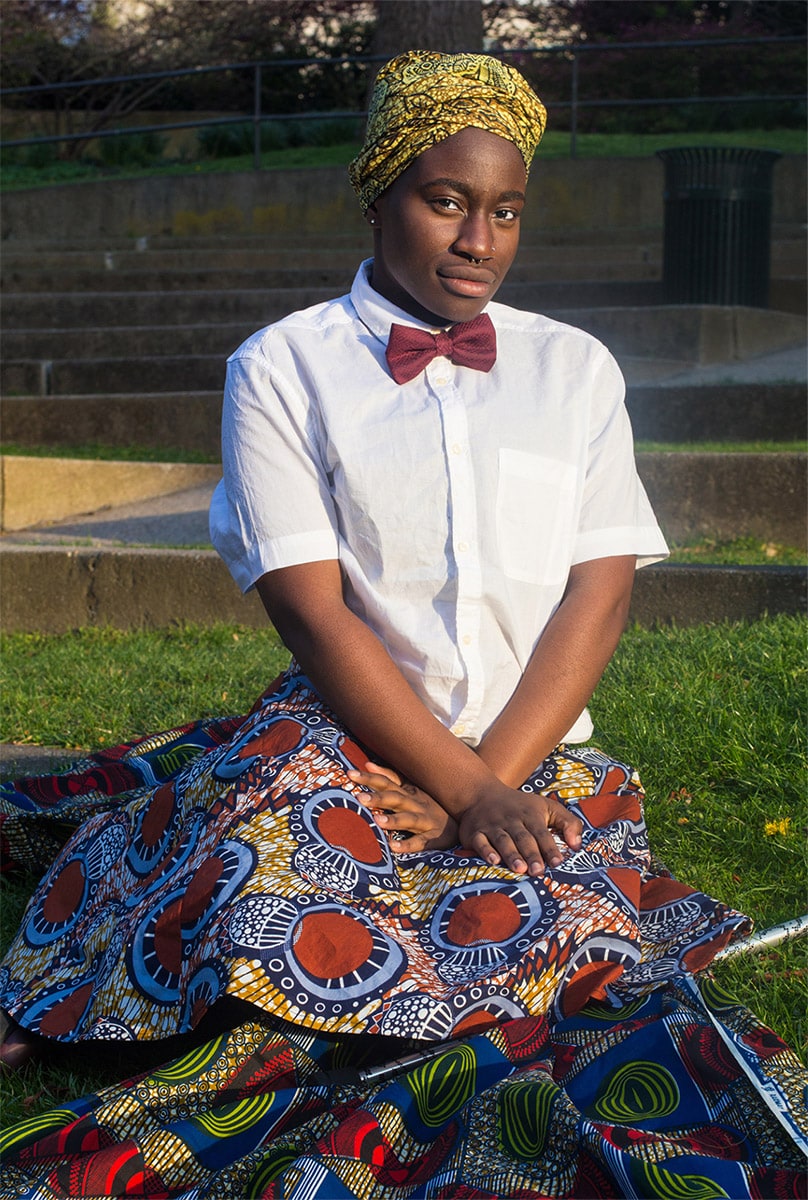 “I definitely think I’ve pushed away from my African identity in a way. I haven’t been able to be both because I don’t really feel safe to be African and LGBT or like it’s possible. That’s something I have to explore and really understand. The LGBT identity is really new to me, so I’m really trying to understand what that means also as Nigerian. I feel like when I find out what that means to me, it’ll be revolutionary.” – Em, Trans Nigerian Location : Washington, D.C, USA. 2016. From the series "Limit(less)" by Mikael Owunna

Nigerian-Swedish photographer Mikael Owunna’s Limit(less) series has been on my radar for a few years now. Along with receiving a Fulbright Scholarship, I was excited to see his Flash Forward submission this year. The Limit(less) project celebrates the use of style as a claim to space for LGBTQ African immigrants living in Europe and North America. Along with Owunna’s warm portraits, the voice of each sitter is included, creating shared and revealing narratives. The portraits affirm each subjects purpose but also creates a global platform for LGBTQ African communities. 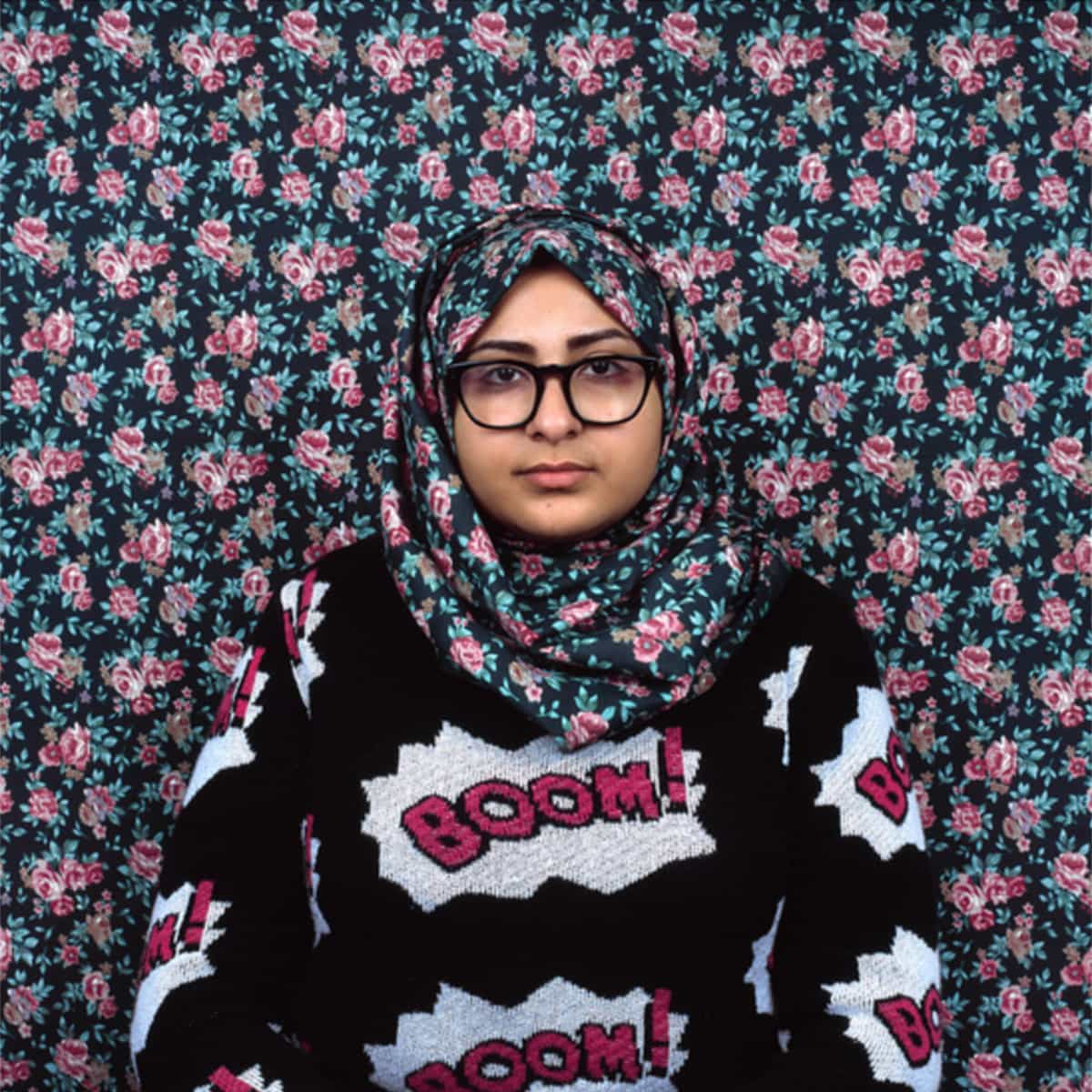 Amna (top) and Leila from the series "Clothbound" by Leila Fatemi. 2014

Toronto local Leila Fatemi’s series Clothbound challenges dominant cultures misrepresentation of female Muslim identity. One half of each diptych in the series uses background fabric to hide her subjects, reminiscent of Victorian era portraits of children whose mothers and nannies were concealed under cloth. These obviously hidden forms amplify the obtuse attempts to ignore a reality unwilling to be addressed by the Western world. Fatemi uncovers concealed identities with bold portraits of young stylish Muslim women looking direct to camera.

As a photo editor and curator, discovering photographers who utilize the medium as a tool of self-exploration and collaboration, asserting agency and championing often underprivileged narratives, is the reason I am honoured to jury the Flash Forward Annual. These photographers reflect the capabilities to do battle with systemic forces that for too long were rendered invisible. Endara, Owunna and Fatemi have found their light. 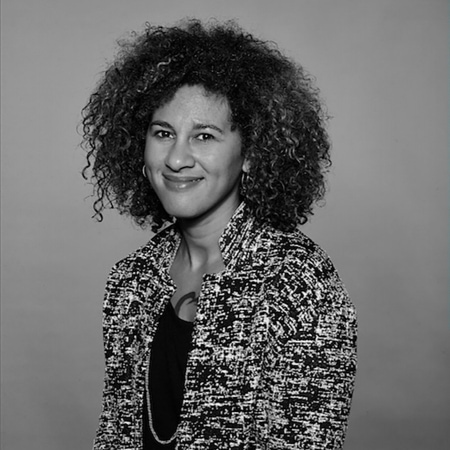 Liz Ikiriko is an independent curator, photo editor and currently the art director for online media arts journal – The Ethnic Aisle. She has been immersed in the media arts community in Toronto for the past 12 years. Ikiriko has worked on national publications Toronto Life, Macleans, Canadian Business, AWAY magazine, among others. As a curator, she has organized exhibitions with BAND Gallery, Wedge Curatorial Projects, Sheridan College and the National Music Centre. She’s juried and reviewed portfolios at Ryerson University, Scotiabank CONTACT Photography Festival, Flash Forward Annual and the Prize for Contemporary African Photography. Her curatorial work is centred on the practice of care, addressing hidden histories and foregrounding platforms for underprivileged artists. She is currently an MFA candidate in Criticism and Curatorial Practice at OCAD University in Toronto.