It can be challenging to find an under-represented aspect of a widely photographed topic. In photojournalism, there exist many tropes that photo editors see pitched time and again, from boxers to barber shops.

It is not my opinion that we should avoid these stories, but rather take care to research and find a fresh or surprising layer to add to the history of the conversation. Cate Dingley’s project, Ezy Ryders, faces this challenge by taking viewers into the world of motorcycle clubs. But, rather than focusing on, the stereotypical white male biker, she introduces us to bikers of other  demographics. 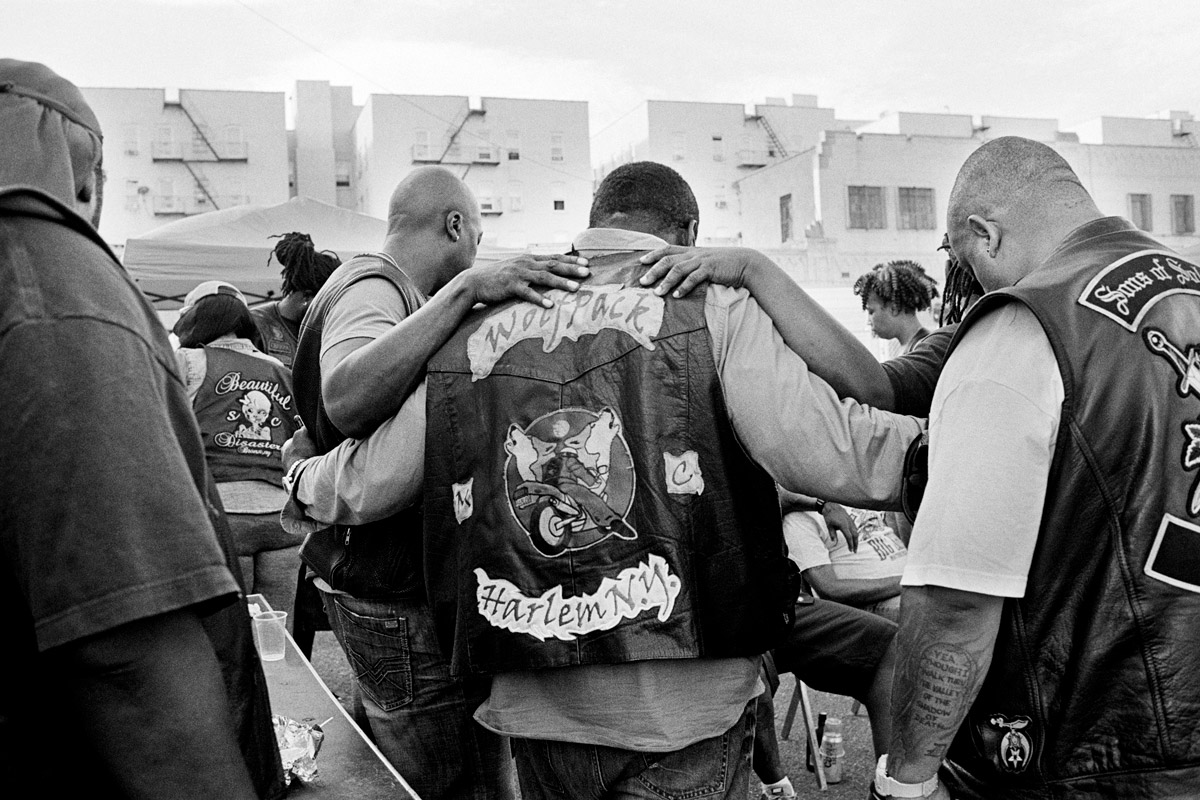 A moment of silence for fallen riders, Black Falcons motorcycle club, The Bronx, 2016. 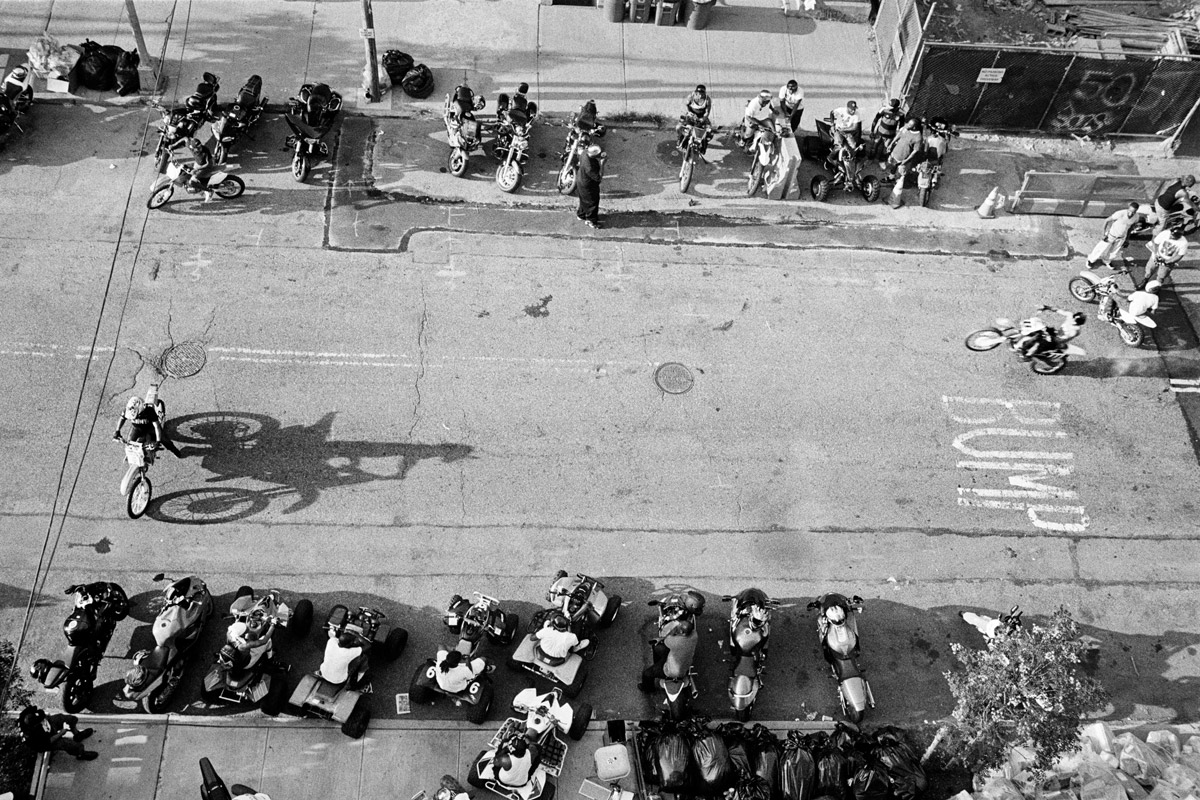 While Dingley focuses on Black bikers, she notes the inclusiveness of the clubs she has been documenting:

“In terms of structure and tradition they’re similar to their white counterparts, but they’re different in their inclusiveness; women, Hispanics, and whites are usually welcome unlike in the white men-only Hell’s Angels. They’re blue collar, white collar, no collar; bankers and construction workers; American, Trinidadian, Jamaican; but when they have on their “colours” the differences disappear and they’re brothers and sisters.”

She qualified that description further, noting that the inclusiveness comes with conditions.

“Black clubs are most definitely more inclusive in that it’s rare (but not unheard of) that Black clubs disallow white bikers. Most white outlaw clubs, on the other hand, have barred Black bikers from admission- although they will take them as support clubs, often charging a fee for the honour. You can imagine that’s a touchy topic. MC (motorcycle club) tradition dictates though, that 1%er (outlaw clubs) are not allowed to have women as members- and that spans across the racial divide to both black and white MCs. 99%er clubs (not outlaw) often allow female members, or women-only clubs form.” 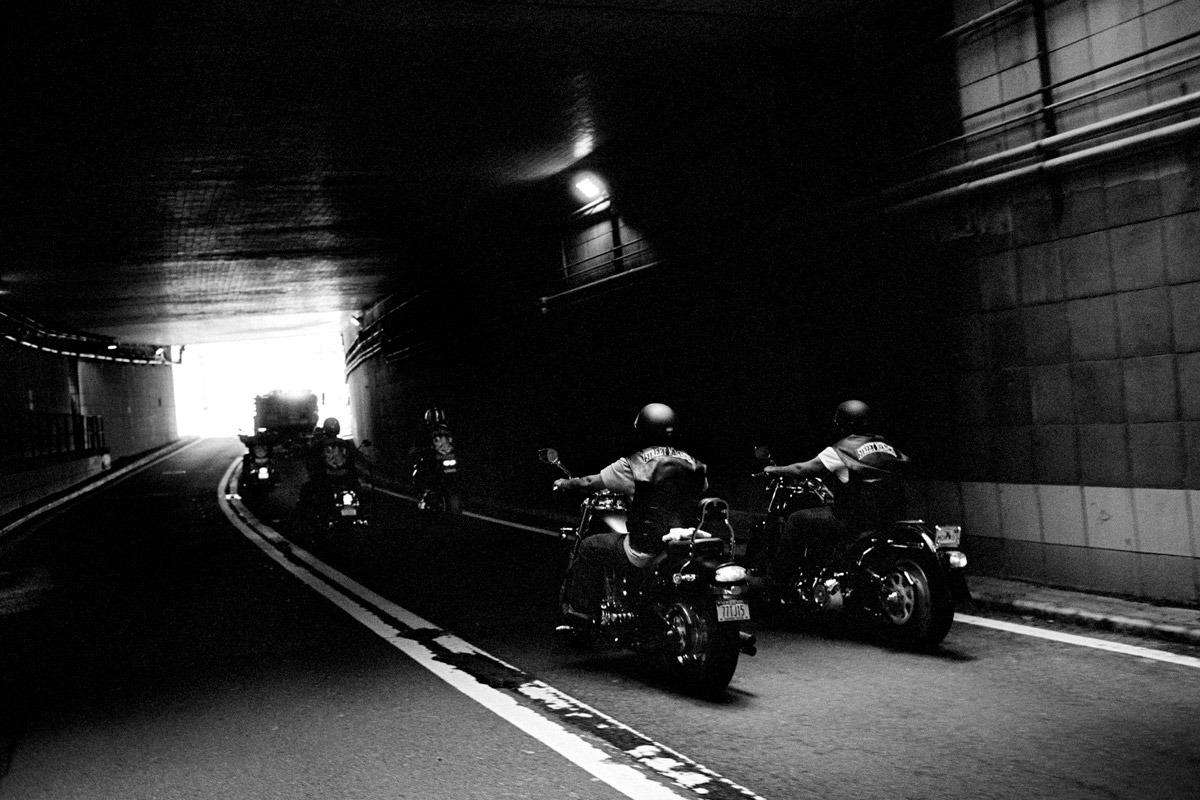 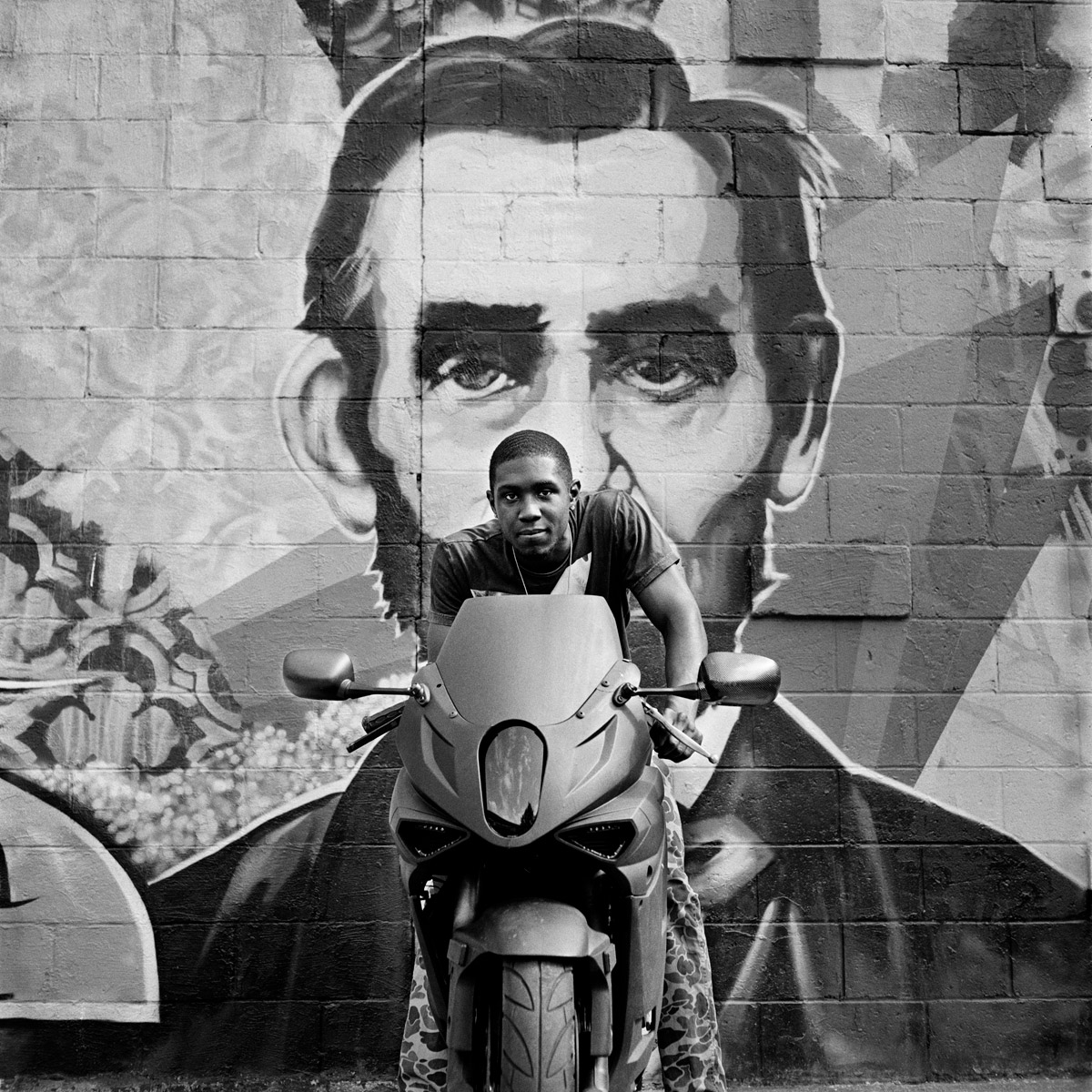 The images themselves both defy and embrace the stereotype simultaneously. One frame shows a biker braced against a stripper, composed in a such a way that they are anonymous. Upon reading the caption, you find out the biker is a woman. Another frame is a portrait of a shirtless tattooed man who believes clubs should remain male dominated, but open to races. One of his tattoos is a swastika with a strikethrough. In another, you see what appears to be a typical club riding in a pack through a tunnel, but in that instance, it’s  over 300 riders following a truck with diapers and baby wipes to give away to a charity that shelters infants born with drug related issues.

Dingley recognizes that here too, some old themes are recurrent:  “The scene has its issues—there’s infighting and petty beefs and the old bikers lament a loss of tradition. But the motorcycle clubs also do community service throughout the year, from diaper drives to visiting veterans, and they offer a safe place for their member’s kids to hang out after school. They all share a love of powerful motorcycles and strong community.”

These layers of gender, race, and social conscience combine to make Dingley’s photos go beyond the expected for an essay on motorcycle clubs. 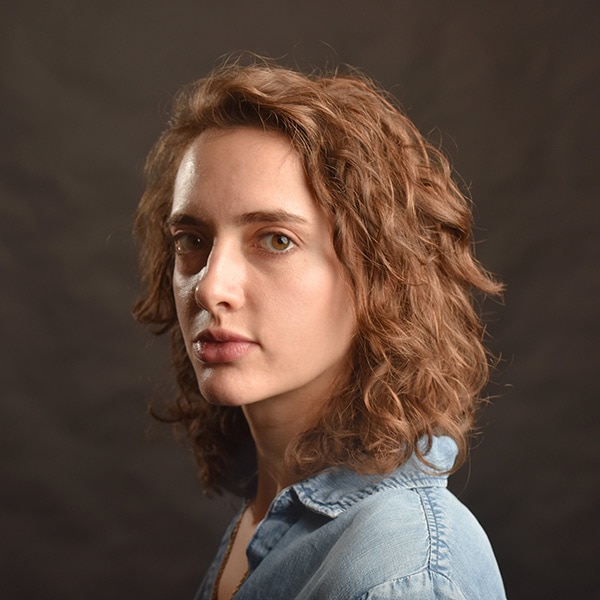